Into the Pit Is A Spellcasting, Retro-Inspired FPS Roguelite Heading To Xbox Game Pass 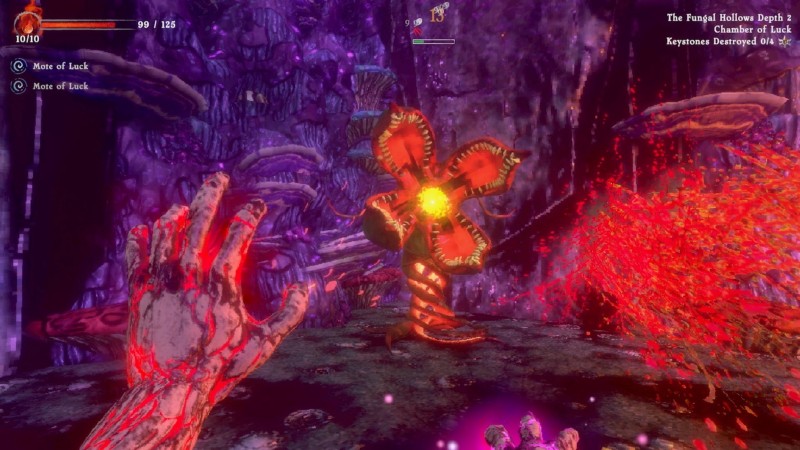 Into the Pit is a new retro-inspired first-person roguelite that premiered during today’s Xbox Gamescom presentation. Instead of shooting guns, you control a mystic warrior dual-wielding magic to blast apart supernatural foes in search of a demonic portal and a missing relative.

You and your cousin are part of a family of mystics constantly searching for magical lore. Your cousin travels to a land cursed with occult energy and seemingly vanishes upon discovering a village plagued by a demonic pit. It’s up to you to find out what terrors this village has unleashed and the fate of your cousin.

The premiere trailer showed off the old-school 3D visuals, which appear inspired by early first-person shooters but shined up considerably. In that footage, we see spells can be mixed and matched in various ways to battle through ever-shifting dungeons. Along the way, you’ll rescue villagers to unlock shops used to purchase permanent upgrades.

Into the Pit launches October 19 for Xbox consoles and PC and will arrive day one on Game Pass.