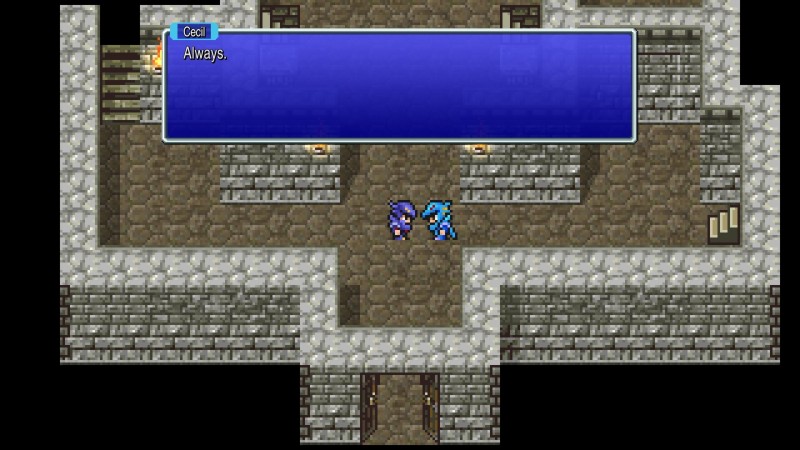 The rollout for the Final Fantasy Pixel Remasters kicked off last month with the simultaneous launch of the first three games in the series. Instead of taking the same approach for Final Fantasy 4,5, and 6, it looks like we’re getting those one at a time beginning with the much-beloved fourth entry.

Final Fantasy 4 Pixel Remaster launches September 8 for PC and mobile devices for $17.99. What constitutes a pixel remaster? Each game in this series features redone pixel art by original artist Kazuko Shibuya and a re-arranged orchestral soundtrack overseen by legendary Final Fantasy composer Nobuo Uematsu. Gameplay perks include an improved control scheme and new features such as an auto-battle option and the ability to save at any time. If you pre-purchase Final Fantasy 4 on Steam you’ll be treated to bonuses like a 20 percent discount, limited edition wallpapers, and remixed versions of the Main Theme, Battle 2, and The Red Wings tracks.

Final Fantasy Pixel Remasters have received a mixed reaction from fans. While they offer a more accessible and largely faithful restoration of the classic entries (unappealing menu text notwithstanding), fans have revolted over the fact that you can’t play the games on consoles. They’re also rather expensive, with the bundle for all six games running for $95.94. Still, it’s exciting to move on to one of the more popular Final Fantasy entries relatively quickly and this sets a good pace for how soon we could be getting 5 and 6.

For an idea of how these remastered games look in action, watch us take a tour of Final Fantasy 1, 2, and 3 in this episode of New Gameplay Today.