Dating Is Terrible In Boyfriend Dungeon, And Maybe That’s The Point 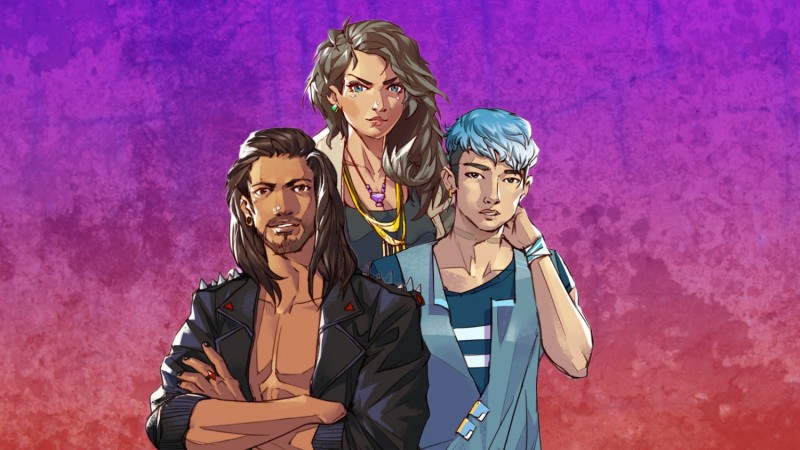 Dating isn’t something we often talk about fondly. Sure, there’s excitement in getting to know new people and the hope that we’ll all find that special someone. Still, the process is exhausting and anxiety-provoking, full of awkward exchanges and embarrassing moments. Figuring out if you’re compatible with someone takes time, and that time rarely turns into an actual love connection. That’s part of what I find really fascinating about Boyfriend Dungeon. It doesn’t romanticize dating. Every potential love interest is an imperfect being, complete with flaws and their own baggage. You simply have to decide what you can put up with.

The dating sim genre often presents picture-perfect love. The process takes an idealized form, just like we see in romance novels and romantic comedies.  A wonderful person shows up and says all the right things, and even if they make a mistake, they make up for it with some grand gesture that makes us swoon so hard that all is forgotten. In video games, we get more choice and agency in our narratives, making them a bit more personal when we decide which romance to pursue. People have their reasons for choosing one person over another. Some like pining for those who play hard to get, while others want a kindhearted soul. And sometimes, it really is just about the muscles.

However, most dating sims are associated with lighthearted, giddy feelings. Maybe this is because we know how silly this idealized concept is and that it has no bearing on our actual dating lives. But do they all have to be that way? Boyfriend Dungeon goes against the genre standard. It’s bold and risky, and that’s part of what drew me to it. Kitfox Games doesn’t always portray its characters in a positive light, but it clearly shows how difficult it is to get to know someone during the dating stage. And sometimes, that means being honest about the baggage or flaws you can handle in a relationship. For instance, does it bother you if somebody you’re dating remains close to their ex? What if they have religious values that greatly conflict with your own? How important is monogamy to you? The narrative examines different facets to relationships and what people want without judgment. 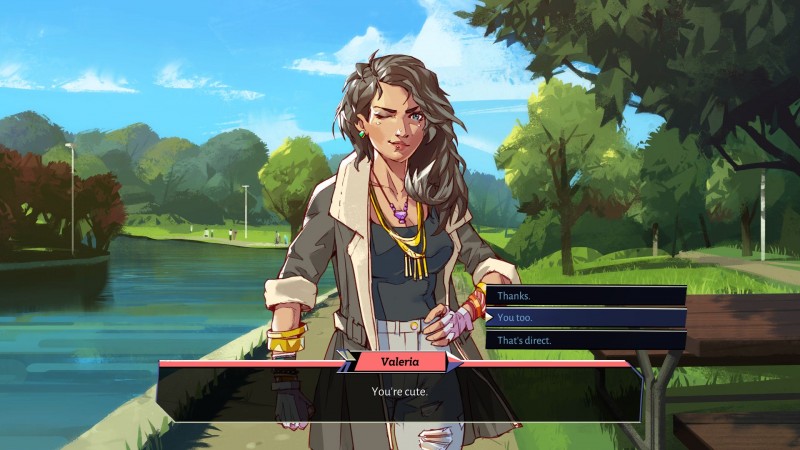 I liked how Boyfriend Dungeon doesn’t lock you into one romance; you can date everyone if that’s your style. I enjoyed getting to know a slew of different people but settled on K-pop idol Seven. Seven didn’t win me over at first. In fact, he’s kind of a jerk and standoffish, but it took getting to know him to see that something much larger was going on. And our relationship centered on an important conversation about mental health while watching terrible movies and laughing over their absurdities. On the other side of the coin, I thought I would romance Valeria because she’s just a cool, laid-back chick. But, I realized I wasn’t a fan of how she couldn’t let go of her past relationships or her adrenaline rush for trouble, and I recognized we were better off friends. We all bring our own experiences that color our story in these games, but I like how I saw versions of people who felt straight out of real life, from my own or my friends’ dating escapades. There’s also something to be said about Boyfriend Dungeon not having a “right” or “perfect” choice. Whatever works for you is just fine.

I’d be remiss if I didn’t say that Boyfriend Dungeon’s attempt to go against the grain of the usual dating sim sometimes misses the mark. The ending is abrupt, and when dealing with a stalker, your hand feels forced. I was disappointed by not having more dungeons and bonding moments. That summer goes by too darn fast, and I don’t think the finale is all that satisfying for how your character is supposed to grow through the experience. But I like that Boyfriend Dungeon wasn’t afraid to try something different and attempt to represent how complicated dating really is. Dating isn’t easy, but people often want it to be in video games. Does that mean it should? I don’t think there’s a right or wrong answer there. Our expectations with the dating sim genre have been set one way for so long that it is difficult to appreciate something different. However, I can’t fault Boyfriend Dungeon for accurately making dating the unglamorized process that it really is. And that’s probably what I most enjoy about it.

For more on Boyfriend Dungeon, be sure to check out our review and see it in action in our New Gameplay Today.