Aliens: Fireteam Elite: What Works And What Doesn't 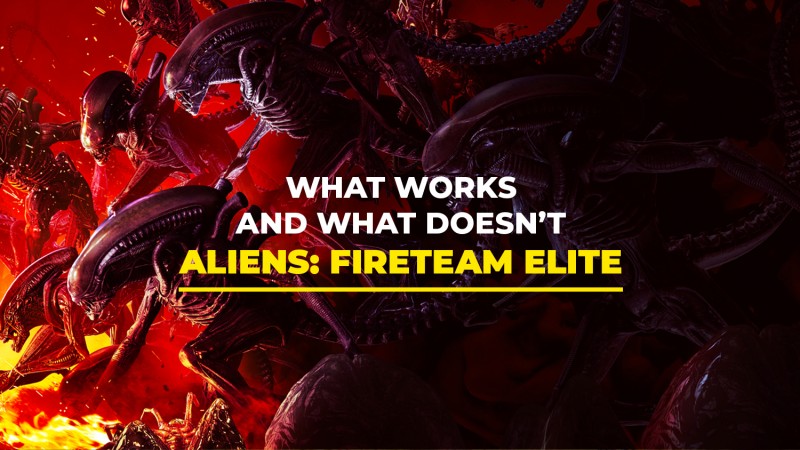 With another video game entry in the long-running Aliens series almost here, fans of all things Xenomorph are asking themselves whether or not developer Cold Iron Studios’ latest shooter will be closer to Alien: Isolation or Aliens: Colonial Marines.

We’ll start with the good news: Aliens: Fireteam Elite isn’t the latter. Join Liana, Stadnik, and Jay (the game’s reviewer) as they take you through the first few levels of the game and tell you what they’re enjoying about the space shooter and what could be better.

With a focus on the positive, there’s a lot to like about Cold Iron Studios’ new title. The shooting feels good, and the developer makes solid use of its class system. Players will be able to complement each other skills by choosing from five familiar yet effective combatants, such as the support-focused Doc class or the high damage-dealing Demolisher. Each class has unique abilities that can create destructive and fun synergies while playing in co-op.

Speaking of playing with friends, Aliens: Fireteam Elite is unequivocally best when playing with friends. A group of three can squad up and unleash hell on the unending swarms of Xenos, and even some of the game’s rougher edges were smoothed a bit by having friends to slay with.

So what’s the bad news? Solo players will have a hard time playing Fireteam Elite as the friendly AI serves as most fodder to distract these iconic alien enemies. On top of that, while there are cinematic moments sprinkled throughout, the game runs a repetitive loop of samey feeling objectives and last stand-type missions that we’ve seen before done better in other co-op experiences like Left 4 Dead.

There’s plenty more we touch on, both good and bad, in the video, so be sure to check it out and let us know what you think in the YouTube comments!