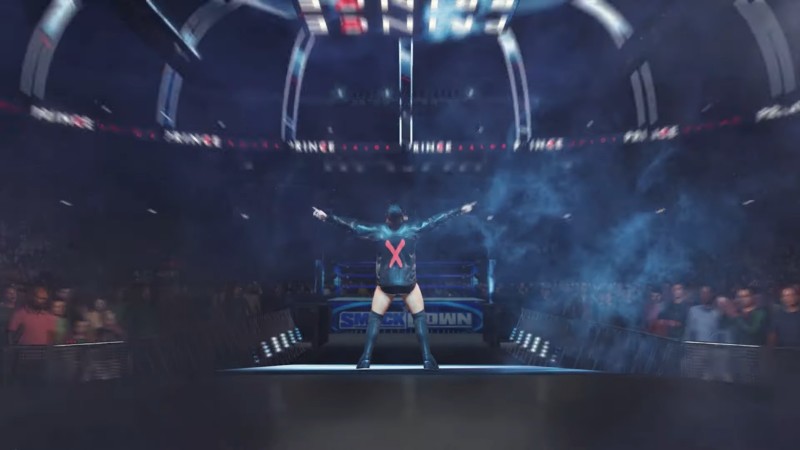 Tonight’s SummerSlam event saw a new teaser video for WWE 2K22. 2K Games has been largely silent about the game since it debuted during WrestleMania 37; the publisher hadn’t even divulged what platforms it’s available. Now fans have a new peek at the anticipated title, but the most surprising update is that the game won’t be coming until next year.

WWE 2K22 is launching in March 2022. Although the game never had a confirmed release window, many expected it to arrive this year given every entry since WWE ‘13 (excluding Battlegrounds) has launched in October, and the franchise as a whole always maintained a Fall release cycle. 2K22 will have the first March release since the original WWF Smackdown game (which shares the same lineage as the 2K games). Furthermore, 2K will host a deep dive into 2K22’s features, modes, and reveal the cover superstar in January.

The change is surprising but the extra time should only help as there’s a lot of pressure is on 2K22 to be great. The game is the first mainline WWE sim since WWE 2K20’s disastrous launch in 2019. Riddled with bugs, some of them game-breaking, 2K20 was so poorly received that it forced 2K to put the series on hiatus for the first time to give developer Visual Concepts additional time to course-correct. The pandemic was likely another factor, given these games require wrestlers to visit the studio for body scanning and sometimes motion capture. Unless something changes, this will be the second straight year without a WWE 2K game and the first in decades without a significant WWE release. We look forward to the game’s full reveal in January and are curious to see if this will be the release cadence from now on.

To see more of WWE 2K22, check out these recently-revealed screenshots of Edge.