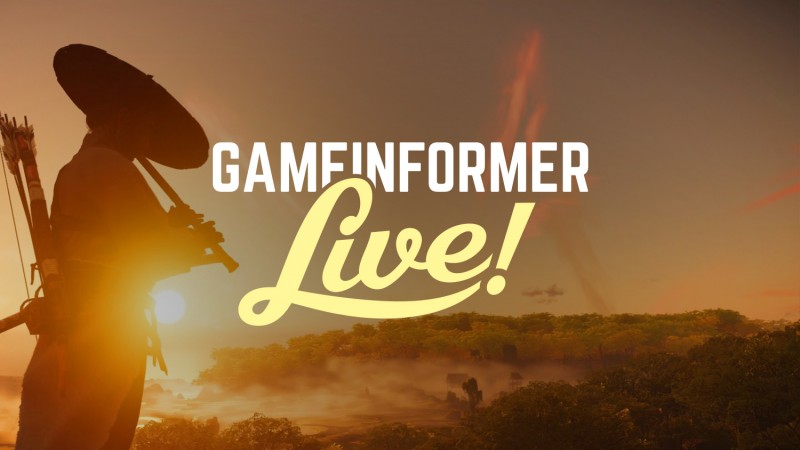 Ghost of Tsushima Director’s Cut is out for PlayStation 5 and PlayStation 4 tomorrow, and the new version comes with a lot of upgrades and fresh content that we can’t resist checking out! Jump in with the Game Informer crew today to see the unexplored Iki island, Jin’s dramatic backstory, and some pet-worthy wildlife. We might even get a glimpse of the expansion’s new abilities, like the awesome-sounding horse charge. Our recent impressions piece calls the director’s cut a “must-play for fans,” but if you’re still on the fence or just want to see some sweet Ghost of Tsushima action, join us for today’s jaunt through feudal Japan!

Your guides for this wild island tour will be the stick-wielding Alex Stadnik, the invincible Dan Tack, and the fearsome Jill Grodt. The expansion’s setting, the colorful Iki Island, is host to an entirely new story that features Jin attempting to confront another wave of Mongol forces. This includes the Eagle, a Mongol leader that could make even the mightiest warrior shake in their boots. Especially since the Eagle will be leading a new enemy type into battle: shamans. These warriors will keep our other enemies hyped for battle, and, even with a myriad of techniques mastered, they could prove quite the challenge. But it won’t be all action.

We also hope to take some time to relax and enjoy Iki Island’s many activities. What does a haiku from the Game Informer crew look like? You might find out. Additionally, there are some new things to check out in the expansion, like animal sanctuaries. These havens will test our flute-playing abilities and hopefully draw in some of the island’s most adorable animals. Of course, it’ll be important to stop and take in the sights of the beautiful Iki island itself.

We will be going live at 2 p.m. CT, so stop by and see what the Ghost of Tsushima Director’s Cut has to offer!

To get ready for the stream, you can check out more of our Ghost of Tsushima Director’s Cut coverage, including a spoiler-filled plea to Sucker Punch asking the studio to keep one of our favorite characters safe. If you are looking to pick up the game and would like a breakdown of what comes along with the director’s cut, we have one just for you! Feel free to look over those details here.