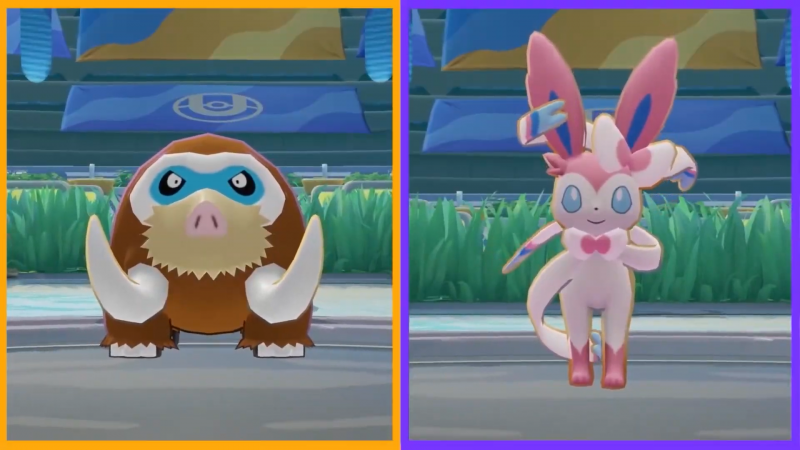 Today’s Pokémon Presents kicked off with some updates on the pseudo-MOBA Pokémon Unite. Not only did we get a glimpse at a couple of new playable Pokémon, but a release date was announced for the iOS and Android versions, as well as some extras on all platforms.

Starting with the new characters, two new Pokémon will be joining the roster sometime soon. Shown off today were the Twin Tusk Pokémon Mamoswine and Fairy Eeveelution Sylveon. No dates were given for either character’s release, and more disappointingly, we didn’t see hide nor hair of when Blastoise is set to hit the game.

Pokémon Unite is coming to mobile devices on September 22 for both iOS and Android. All three platforms will be able to play with one another through crossplay. Those who have collected the Unite License for Zeraora as a Switch launch bonus can carry the Pokémon over to the mobile games. 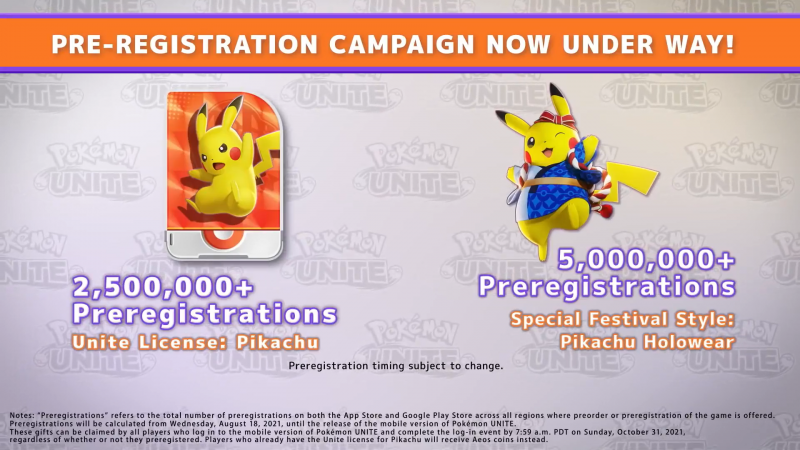 Also announced alongside the mobile release date is an incentive program for the number of people who preregister for the mobile versions. If 2.5 million people preregister Pokémon Unite, players can collect the Unite License for Pikachu, and if that number reaches 5 million, you can collect the “Special Festival Style” Pikachu Holowear. These bonuses will also carry across all versions of the game.

With the recent releases of Gardevoir and Blissey hitting the game today, it’s heartening to know Pokémon Unite is keeping up a brisk pace of updates after its seemingly successful launch. Let us know if you’re looking forward to playing Pokémon Unite on mobile or which new characters you’d like to see enter the arena.