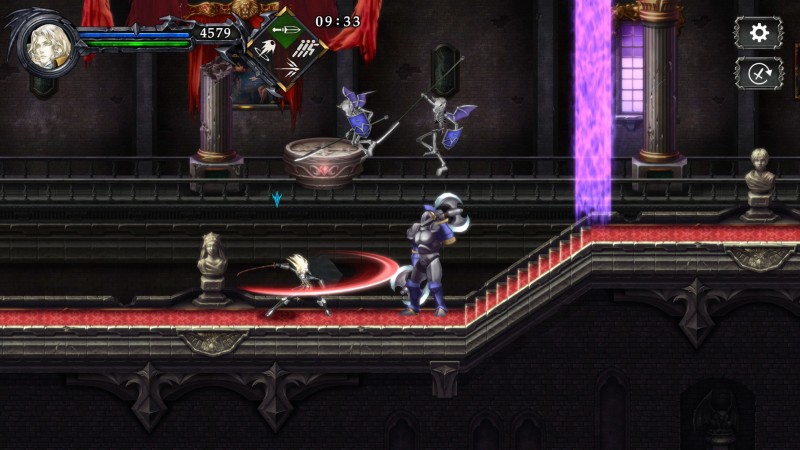 Originally announced way back in 2018, Castlevania: Grimoire of Souls originally saw a soft launch on mobile in Canada in 2019, before being discontinued in that region in late 2020. At the time, for those who could access it, it garnered enthusiasm for its loyalty to the visual and musical palette of the established series. Still, it was criticized for some of its in-game microtransaction elements. Today brought word that the game is coming back on Apple Arcade, this time minus those disliked in-game purchase options.

Apple’s announcement doesn’t detail other changes coming to the game, but Castlevania fans have reason to be optimistic. The side-scrolling action game features character designs from Ayami Kojima and music from Michiru Yamane, who were intimately involved in early and iconic projects within the franchise. Playable characters include a cavalcade of familiar faces from franchise history, including Alucard, Simon Belmont, Charlotte, Shanoa, and Maria.

As mentioned, the brief game announcement doesn’t detail much more about the project, other than its exclusive presence on Apple Arcade. As such, it isn’t easy to know how much this iteration of the game has in common with the earlier project that never came to the United States. However, that earlier soft launch included some intriguing features, including the opportunity to complete quests in cooperative play with a second player, as well as separate multiplayer modes for up to four players. Story-wise, that first incarnation of Grimoire of Souls opened through the point-of-view character of Genya Arikado, who learns of magic grimoires that hold details about the sordid history of Castlevania. Along with help from heroes from across that history, the task became to enter those grimoires and slay the monsters within.

It would be surprising if this new Apple Arcade version of Castlevania: Grimoire of Souls strays completely from that earlier version, but we won’t know for sure until the game gets closer to launch. Release date info is limited to “coming soon” for right now, but previous Apple Arcade announcement timings suggest we shouldn’t have too long to wait – likely on the scale of weeks or a couple of months rather than years.