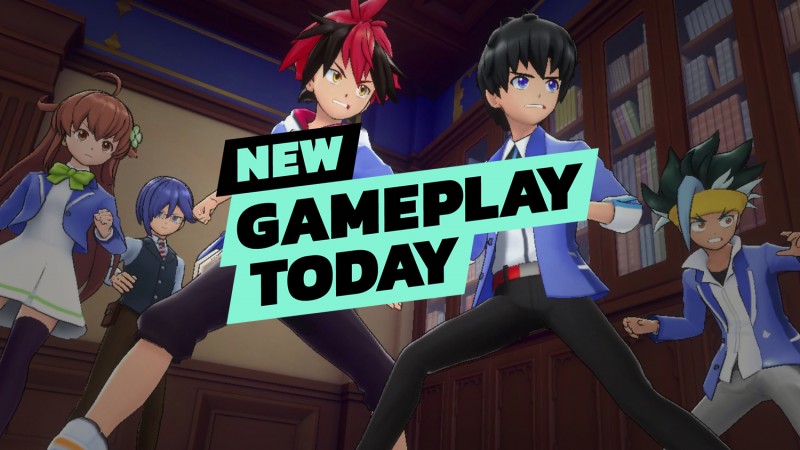 Are you ready to become the very best, the best there ever was? No, it’s not a game about taking care of an electric rat, it’s the latest card game RPG, Shadowverse: Champion’s Battle. It’s kind of convoluted how we got here but basically, Shadowverse is a digital card game that’s been around for quite some time (we did a test chamber on it back a long time ago) and the game got an anime. And then anime was the basis for the game we’re looking at today. At least, that’s how I think it happened.

Either way, Shadowverse: Champion’s Battle is a Switch exclusive that won’t let you down if you’re looking to conjure up some of the magic of yesteryear when card-based RPG titles were all the rage, all the way back to Magic: The Gathering’s Shandalar. While you can pretty much assume that the story is going to take you through tiered-competitors and a lot of forgettable dialogue, the core concept of upgrading your deck, trying different strategies, and competing to increase your rank while doing quests and collecting cards is a tried-and-true blast.

In recent years, card-based RPGs for the big licenses have been few and far between, with the occasional Yu-Gi-Oh! Offering coming into the picture. Shadowverse: Champions Battle will undoubtedly whet your appetite for the actual free-to-play card game, but it stands solid on its own with plenty of cool strategies to employ and fun anime animations for slamming into an opponent with a big dragon. It’s probably even cooler if you’ve seen the associated show, but alas I have not. You get to play as a multitude of different factions and work up decks as you like, and even go online to spar with other players.

You can make huge dragons fast with Dragoncraft, count your opponent down to doom with Havencraft, bid the dead to do your bidding with Shadowcraft, and more. If you want to go galaxy brain you can boost up your spells with Runecraft or beat yourself up for potent buffs with Bloodcraft! There are numerous options to explore each with a ton of cards to play around with, and the progression through the world – a traditional JRPG school with friends tale involving big tournaments and stadium play – works well here.

Check out more on this episode of New Gameplay Today!