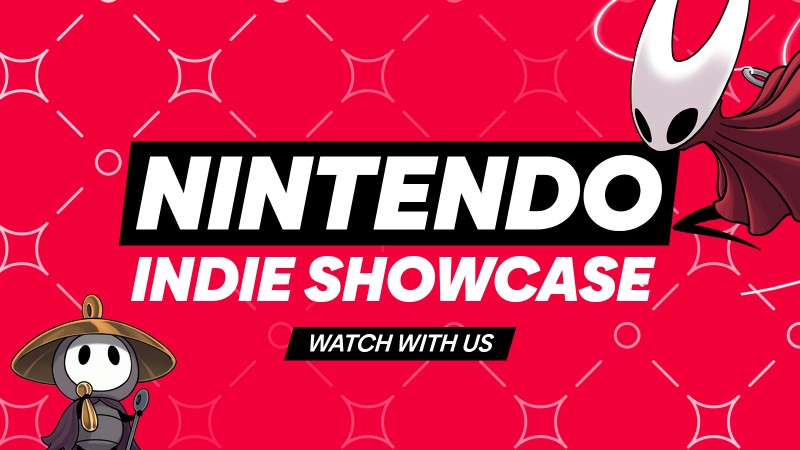 This week seems to be all about indie games. Microsoft led the charge to kick things off with an ID@Xbox showcase that featured exciting looks at titles such as The Artful Escape, RPG Time: The Legend of Wright, and an announcement that would have Stardew Valley fans excited. But now it’s Nintendo’s turn to show off its indie partnerships.

The house of Mario is set to host its first digital event since E3 with the Indie World Showcase live starting at 11 a.m. CT. Since we had so much fun checking out what was coming to Xbox yesterday, we thought it was only fitting to host another watch along today for your viewing pleasure. Join the GI crew starting at 10:50 a.m. CT as they react to all the big reveals, gameplay, and whatever else Nintendo has up its sleeve for today’s 20-minute showcase!

Today’s a little different from yesterday in that we don’t really know what’s going to be featured on today’s show, but let’s dream for a second, shall we? Nintendo has some really exciting indie titles that we haven’t heard from in quite some time, including developer Side Bar Games’ Sports Story. The sequel to the incredibly charming Golf Story was supposed to release last year, so today would be a prime time to bring this hotly-anticipated title back into the spotlight.

Speaking of games we haven’t heard from in a long time, whenever there’s an announcement of a Nintendo Indie World Showcase, people instantly start hoping for an update on Hollow Knight: Silksong. What started as DLC for the hit Metroid-Souls-Like has now evolved into a full-fledged sequel, but fans are starving to learn more about the game as developer Team Cherry has been relatively radio silent for quite some time.

Whether those games are here today or not, Nintendo Indie World Showcases are usually a good time for fans of smaller titles. Last year’s August showcase was a certified banger featuring Hades, A Short Hike, Torchlight III, and a ton more, so there’s reason to hope that Nintendo has assembled another exciting lineup of indie games.