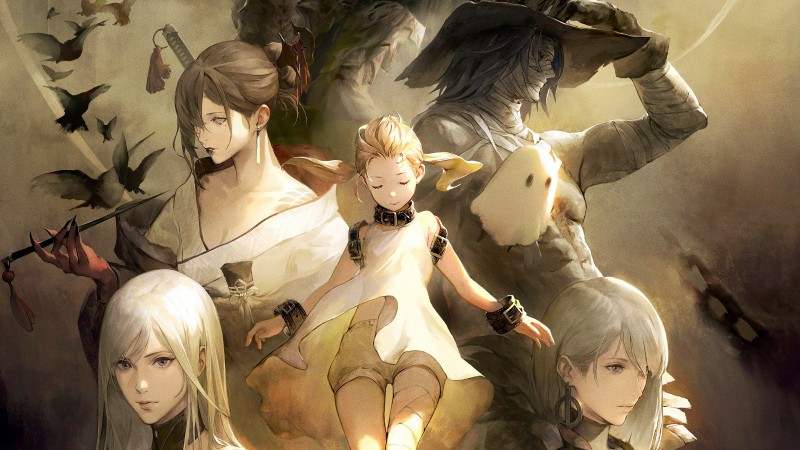 Historically, most mobile games have been seen as casual experiences known for streamlined controls, inviting color palettes, story-lite loops, and dreaded thirty-second ads. Classic arcade and puzzle titles – remember Temple Run? How about Candy Crush Saga? – continue to flourish on the small(est) screens because they aren’t massive timesinks with rigorous learning curves. However, more involved genres like battle royale and RPGs have been topping the Android and iOS most-played charts in recent years. Lengthy narratives and skill-based gameplay loops have come in console/PC-ports like Genshin Impact and PUBG Mobile. Nier Reincarnation, however, employs a happy medium. Heartfelt plotlines with striking visuals, Keiichi Okabe’s mesmerizing score, unintrusive microtransactions, and simple, but rewarding, combat controls establish Reincarnation as one of the best console-like games on mobile devices.

I recently talked with the creators behind Reincarnation leading up to its launch last month. When asked about the biggest challenges that development studio Applibot faced when bringing the console-based franchise to phones, co-director Daichi Matsukawa noted the importance of staying true to what made previous entries so captivating.

“There are certain elements that make a game feel like it belongs to the Nier series, such as a beautiful atmosphere, subdued overtones, and immersive and beautiful background music,” Matsukawa said. “As these elements are present in the previous Nier games, we were really picky about getting them right. I got an impression of softness from the previous title, Nier: Automata, so we made various adjustments to Reincarnation to ensure that you get that same gentle or soft impression from playing or watching it, like when you touch the screen or watch the characters move. Often, it wouldn’t be easy to properly execute those elements with a mobile device’s specs, so it was challenging to figure out how to resolve that. But I think we were able to include those elements, and I’m glad about that.”

Indeed, Reincarnation is a continuation of Replicant/Gestalt and Automata’s morbid, existential motifs. Washed-out grays, bright whites, and murky darks replace the vivid color schemes that most mobile games are known for. This is intentional because Reincarnation is nothing if not devastatingly melancholic.

Instead of starring as a vengeful warrior or an elite android, you roam the never-ending corridors and spiral staircases of a temple-prison, called “The Cage,” as the young, amnesiac “girl of light.” A floating ghost named Mama tags along for the ride, providing status reports (like Grimoire Weiss and the pods) as well as motherly advice when needed. Together, you activate wispy totems called “dark scarecrows” to progress through The Cage’s many layers. There are many terminologies to parse through and comprehend, but, ultimately, Reincarnation’s subject matter is about death, grief, and atonement.

These three themes are most prevalent during “Weapon Stories.” Once you click on a dark scarecrow, the third-person camera gives way to side-scrolling, picture-book sequences recounting ancient lineages. A fully-voiced narrator provides welcome context for any on-screen events – from two sisters hunting boar in a lush forest to a soldier guarding the makeshift gravesite of his fallen prince. Despite their brevity, each monologue bursts with emotional turmoil – you know, the good stuff! At first glance, these tales appear unrelated to one another; merely, stand-alone accounts with no direct connection to the girl of light’s odyssey. But as I continued navigating the inner recesses of The Cage, this couldn’t have been further from the truth. It was impressive to see how the different characters intersected with one another in increasingly important ways.

When I asked creative director Yoko Taro where Reincarnation fits into the entire Nier timeline, he expectedly said, “That’s all a secret.” And when I bit off more than I could chew by inquiring about any possible hints towards the next chapter in the series, he humorously responded with, “This is a secret, too. I’m starting to worry if the interviewer won’t lose their job … ” Needless to say, you must hop into Reincarnation to unearth the answers to these questions, but, take it from me, the journey is absolutely worth the heartbreak that awaits.

At the end of a prospective Weapon Story, you take to gorgeous battlefields with three party members, or “summons,” to defeat waves of enemies using appropriate elemental weaknesses. Each summon is beautifully realized and has a preferred weapon type. For instance, my mechanical cowboy shines with a revolver in his hand, while my soft-spoken, boyish mage appropriately contributes more value when equipped with a staff. Basic attacks are automated, but, like ATB gauges in Final Fantasy, you wait for powerful skills to charge so they can be chained for bonus damage. Creature designs leave a lot to be desired, which is shocking considering the artistic pedigree of the Nier series. Nevertheless, the split-second action means you’ll often decimate these foes in record time – if your “total force” (average of your summons’ power levels) is high enough, of course.

Enhancing weapons and summons is key to success while completing main and subquests. You get a bevy of materials and currency – some of which are practically indiscernible from one another – after completing objectives and logging in. You can exchange these materials for specific items, use them to create stronger loadouts to defeat tough adversaries, or try spinning the invisible lootbox roulette wheel. Unfortunately, according to in-game ratios, lady luck is only on your side two percent of the time. “From a player’s perspective, I think there might always be a negative impression of gacha, no matter how much we try to make it different,” Matsukawa said. He would go on to emphasize the following:

“That said, one of our core concepts of this title is to deliver a gameplay experience that is akin to a console game, so there are different design elements we’ve incorporated to achieve this, such as a level design that allows for you to play the game without having to pull gacha, as well as running various campaigns for an opportunity to obtain characters. Our theme is to build a Nier game that people will want to play for a long time, so as we go into live operations, we will strive to implement content and updates that allow for players to take their time, play bit by bit, and really enjoy the experience.” 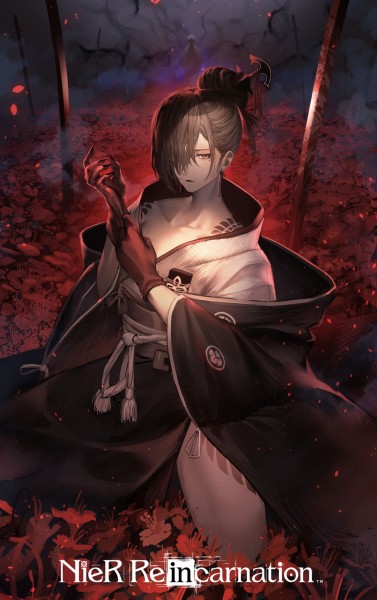 And this is where Nier Reincarnation creates a space for itself above other contemporary mobile titles. The allure of acquiring a 2B summon is hardly ever in the forefront of my mind because it’s neatly tucked away behind extensive menus. Advertisements don’t break immersion at timed intervals, and a chunk of gems are obtainable from simply playing the game. At one point, I even accumulated a whopping 12,000 gems from routine tasks like grinding. Regardless of platform, plenty of titles are notorious for excessive, disruptive marketing. Reincarnation often looks and feels like a seventh-generation console game blended seamlessly with a portable device’s intuitive, accessible controls.

“There are still lots of players in the world who have yet to play a Nier series title, so our hope was that we could reach these people by offering this on the mobile platform,” executive producer Yosuke Saito told me. Based on the hundreds of hours pre-registration players and post-launch community members have already clocked in, Reincarnation looks primed to garner the same level of success as the Nier games preceding it.

Source: Game Informer Nier Reincarnation Is One Of The Best Console-Like Games On Mobile