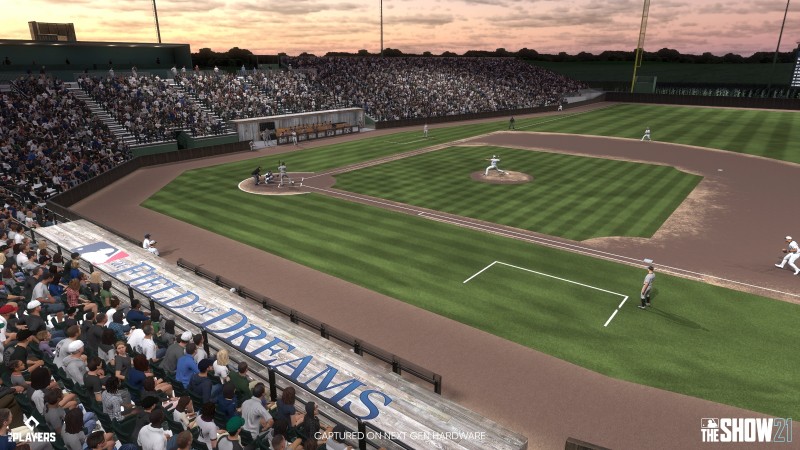 If you’re a baseball fanatic, odds are you’ve seen the classic sports fantasy drama Field of Dreams and probably think it’s the bee’s knees. Being the enthusiast that you are, you probably playing enjoy MLB The Show as well, perhaps even its most recent entry. Well now that we’ve cleared all that up, what if I told you that MLB The Show 21 players will soon have a chance to play ball on the iconic field from the 1989 hit? Well, they built it, so now you’ll come.

Tomorrow, August 10, MLB The Show 21 players will be able to hit homers from the famous Iowa cornfield seen in the film. The reason is that the real-life MLB will host a special game between the Chicago White Sox and New York Yankees on a specially-constructed field adjacent to the actual Field of Dreams in Dyersville, Iowa this week (August 12 to be exact). The in-game stadium is based on this new field and the team worked closely with the venue’s architects to help bring it to life. You can read more about how the developer painstakingly recreated the playing field by reading their PlayStation Blog post.

This is a free content update for players on both PlayStation and Xbox consoles. But if you’re a PlayStation owner that hasn’t picked up the game, the PS4 version is currently 33% off ($40.19) while the more expensive PS5 version is discounted at 29% ($49.69).

This marks another cool note in a rather eventful year for MLB The Show 21. The title dropped jaws this year by simultaneously launching on Xbox consoles (Game Pass included) for the first time despite being a Sony-developed first-party franchise. Though it appeared to be an MLB decision rather than a Sony one, the game has become a boon for the baseball-deprived Xbox audience and we’re still unsure if this will be the new normal going forward.

Source: Game Informer MLB The Show 21 Players Can Play On The Field Of Dreams Tomorrow