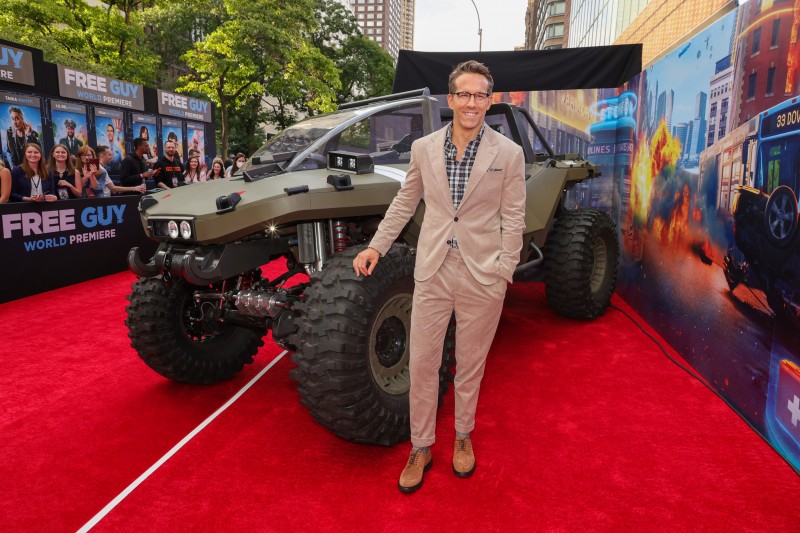 Free Guy is the latest movie to star Ryan Reynolds and it centers around video game Easter eggs, but some of those gaming nods made an appearance in real life. With the film out now, the cast and crew celebrated with fans during a premiere event. With Halo Infinite hype still high after that first flight test, the appearance of a 1:1 scale of a Warthog from the Halo franchise was more than perfect.

Several images can be seen in a post by the official Halo account, including Reynolds himself posing in front of the Halo-given vehicle. While it’s nothing new, 343 has hosted events in the past specifically dedicated to Halo that features the same ride, but seeing it on a red carpet just hits different:

Whether you’re blasting your way through the streets of New Mombasa or stylishly cruising the highways of Free City, the versatile and venerable Warthog is always ready for action. 😎 pic.twitter.com/awkwMlpt0o

For those that may be unaware of what the movie Free Guy is all about, it follows the story of a bank teller that has the realization that he’s just a simple NPC in an open-world video game. Not content with just being a background character, the teller seeks out a new life to be his own hero and in doing so, rewrites himself. In his efforts post self-actualization, Reynold’s character seeks out a new journey to save a world thrust into chaos before it’s too late.

It’s an interesting premise and one that critics seem to be enjoying thus far. Early reviews speak positively of the film, citing that it is an enjoyable experience, especially for the gaming community. Seeing a premise like this is just the start as the games industry continues to grow and impact surrounding entertainment mediums. We’re seeing more and more movies and TV shows adapting a few of our favorite games. Even Netflix has started its own gaming sect, even going as far as offering video games as a part of its subscription service in the near future.

In the realm of Halo, the recent flight test was the first of several early access periods to come, giving fans a chance to see what 343 has been working on. The focus of the recent testing period was multiplayer and the academy, both of which you can learn more about here to avoid spoiling story details about the campaign. The studio in the past has mentioned that this will be an end of some sort for Master Chief’s story – whether that just means the ongoing narrative seen in the franchise or a true end for him as a character remains to be seen. Still, one thing is certain: we can’t wait to dive into the newest adventure.