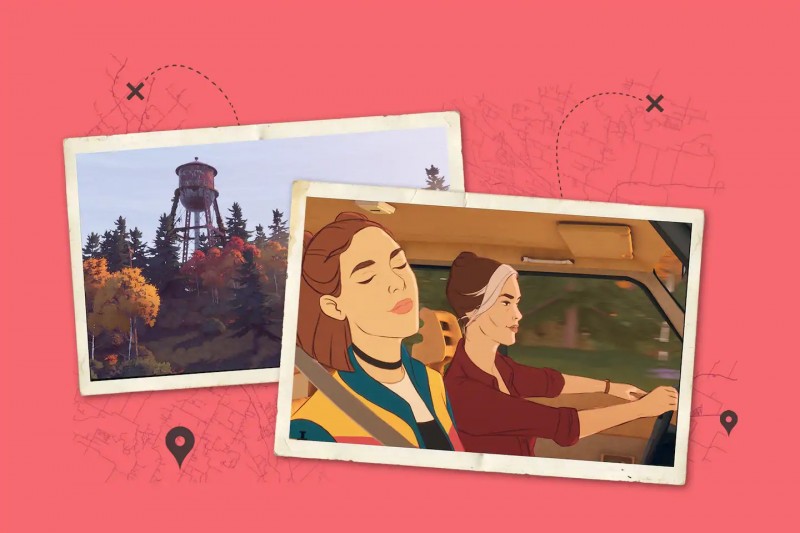 Fullbright co-founder Steve Gaynor has departed his position as creative lead on the studio’s new game Open Roads following allegations regarding the company’s work culture. A new report from Polygon shares a deeper look into the “toxic” work environment at Fullbright, following shortly after the game’s Twitter account shared a notice of the leadership change.

The official Open Roads Twitter account offered a message to fans about Gaynor’s change in position. “We are a small team passionate about making an inclusive, poignant, story-driven game that gives players a feeling of discovery,” begins the social media post. “We care deeply about creating games that have a positive impact. We are also fervent believers in fostering a work environment that is healthy and collaborative, where we can work with transparency, autonomy, and trust.

“As such, Fullbright’s co-founder Steve Gaynor has stepped back from his role as creative lead and manager and transitioned into a role as a writer, handing off day-to-day responsibilities to the team to complete Open Roads. We’re all excited by how the game is shaping up, and we hope you’ll follow along as we continue to share our progress.”

Immediately after the post went live, Polygon’s report also became public, sharing a closer look at what led to the decision behind the shift. In the report, the site began by stating that 15 developers that have been working on Open Roads since its development in 2019 have since left their positions within the studio. 12 of those 15 spoke with Polygon, citing Gaynor’s actions and behavior at work as the reason. More specifically, the former employees have come forward to say most of the alleged behavior that led to their departure has been directed towards women.

Polygon goes on to note that the co-founder actually departed from his position earlier this year, in March 2021, once it “became clear” that the efforts put forth towards improving work relations were not effective long-term. The employees that came forward all wished to remain anonymous to avoid retaliation and backlash as they opened up about their reported experiences at Fullbright. Many of the stories have a controlling theme tying them together, alleging that Graynor adopted a “high school mean girl” attitude when it came to belittling, mocking, and dismissing his workers.

Some of his former employees have gone on to leave the gaming industry altogether, while others found work at different studios. Of the workplace allegations listed, those who spoke with the site mentioned that they never witnessed or experienced anything relating to sexual harassment or “blatant sexism.” This detail is made clear amidst Activision Blizzard currently being sued by the state of California following sexual misconduct and labor abuse allegations.

Numerous former employees mentioned that women in leadership positions within Fullbright were overly micromanaged, made fun of, and mischaracterized whilst under Gaynor’s leadership. Those who stepped forward said they wanted to come forward about his behavior but that they had “no actual process to do so.” While there was sometimes a third-party consultant, there were no human resources employees working at Fullbright.

The report also details past instances where Gaynor was made aware of his reportedly toxic behaviors, even citing that he was warned about possible parallels between him and a report about Scavengers Studio’s toxicity. According to the timeline presented by the site, it didn’t take long before Annapurna Interactive, publisher of Open Roads, stepped in when leadership noticed that most of the employees leaving were women.

“It turns my stomach to think that he still gets to write these games about women’s stories when this is how he treats them in real life, with presumably no sign of stopping,” one former employee said. “I want women in the industry and this studio to feel valued. I want vulnerable young women who are new to the industry to be supported, not preyed upon. I want women to not have to fear retaliation from a powerful ‘auteur’ figure for speaking up. I want women to feel safe here. I want women to know that this is not normal. More than anything, I just want him to stop. He shouldn’t be allowed to keep getting away with this.”

Leading up to his shift within the company, employees made numerous attempts to make his behavior known, including sending digital post-it notes through the internal servers and during exit interviews. Several developers even sought out the publisher for a more direct approach.

A spokesperson for the studio told Polygon that Annapurna is “aware of the situation” and “has been instrumental in helping the Open Roads team make changes to its structure.”

Gaynor has now addressed the allegations with the following note:

Hi all. I have a statement to share about my role at Fullbright. Earlier this year, I stepped back from my role as creative lead on Open Roads. My leadership style was hurtful to people that worked at Fullbright, and for that, I truly apologize.

Stepping back has given me space and perspective to see how my role needs to change and how I need to learn and improve as part of a team, including working with an expert management consultant and rethinking my relationship to the work at Fullbright.

I care deeply about Open Roads and the Fullbright team. I’m sad to have stepped back from the day-to-day development of Open Roads, but it’s been the right thing to do. The Open Roads team has my full faith and support as they bring the game to completion.

To learn more about Gaynor’s leadership style, you can read the entire report from Polygon here.