We’re Overdue For A Great Masters Of The Universe Game 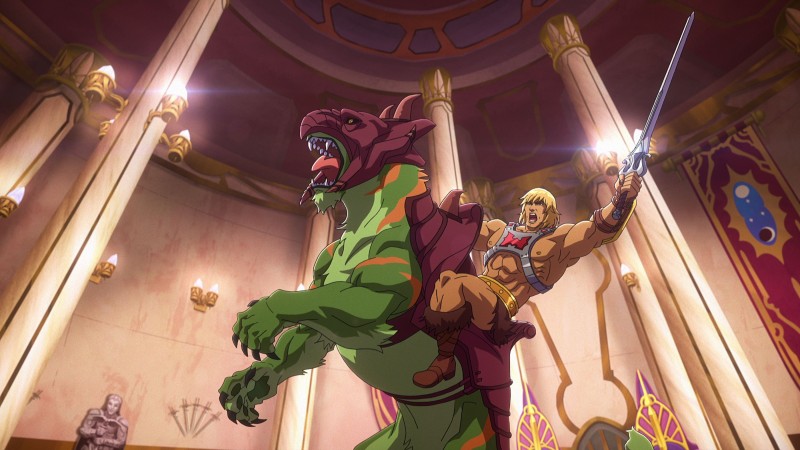 The 1980s were rife with crazy cartoon properties that were all about big battles, crazy genre settings, and over-the-top characters. Those properties often arose from the need to sell related toys, but the power fantasies they engendered also happen to be excellent fodder for video games. While I could point to any number of fallow cartoons as fertile ground for revival, none is as ready for the big time as Masters of the Universe.

He-Man and the Masters of the Universe debuted as an animated series in 1983, delighting kids like myself who were excited by the myriad characters, colors, vehicles, and playsets that continually flowed out from Mattel. To this day, few children’s playsets match the style and excitement of the Castle Grayskull set, with its trapdoor, opening “jawbridge,” and other tricks. Without fail, afternoons brought the opportunity to see the castle brought to life in the cartoon, with He-Man, Skeletor, and the rest of the heroes and villains duking it out, often against the backdrop of that familiar structure.

Our kid selves recognized by instinct what our adult selves can now examine and acknowledge; Masters of the Universe is unabashed fun, tying together science-fiction and fantasy tropes in a glorious mix of lasers, swords, spells, tanks, and more. The characters, no doubt fueled by Mattel’s need to discover ever-more cockamamie things to capture childhood attention, were a delight. Ram Man was a literal battering ram, springing across the floor to smash into targets. Two-Bad had – you guessed it – two heads. Moss Man was covered in green fur. Stinkor was a skunk – and the toy actually smelled bad! No idea was too out there.

But for all its silly fun, Masters of the Universe was also potent moralistic mythology, filled with impossibly heroic good guys and laughably maniacal bad guys. Like many of the best comic book characters, it featured a main character with a secret identity, whose heroism was often unheralded by those who knew him best. And no matter how bonkers the character concepts got, there was no denying the way those gimmicks kept things fresh, letting both the cartoon and the toy play sessions it encouraged take off in all kinds of directions. 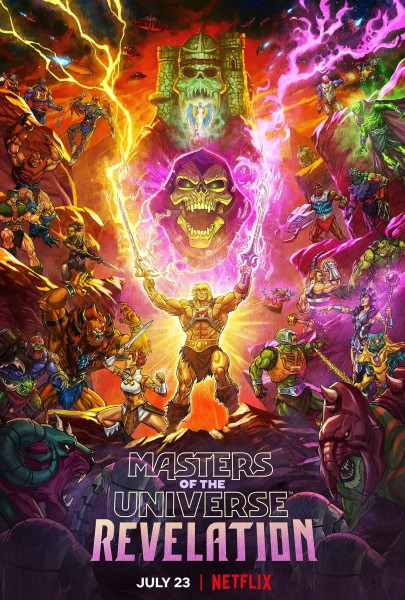 Following anticipation from fans, today brought the first episodes of Kevin Smith’s (Clerks, Chasing Amy) revival of Masters of the Universe. Rather than rebooting and starting fresh, the new Revelation animated series picks up where the 80s cartoon left off, telling a more adult story and simultaneously celebrating, poking fun at, and critiquing what came before. Revelation is an effort targeted at adult fans who grew up with these characters but are now eager to see it refreshed.

That same philosophy should guide the possibility of a new video game set within the Masters of the Universe setting. Over the years, several attempts have been made to bring the franchise to life, including everything from a 1987 arcade game to a 2012 mobile release. But the franchise deserves more. Imagine an open world of Eternia, filled with magic and technology to discover and equip. Optional playable characters or allies could expand the potential to reach new locations and sites, from confronting Mer-Man in the oceans to flying with Stratos to visit with the bird people. Melee combat sequences can be rich with potential and with no shortage of colorful and weird enemies against which to fight.

Existing licensed game properties have proven that a consummate love of a franchise, married to technical and design know-how, can lead to awesome video games. The Batman Arkham games leveraged an evocative setting and an impressive rogue’s gallery to modernize and embody the Dark Knight in a new way. The makers of Star Wars: Knights of the Old Republic recognized the stark moralistic tilt of the Star Wars universe and transformed it into one of video gaming’s most recognized morality systems. The developers behind the South Park games were unafraid to play with humor, brightness, and parody to reinvent what players might expect to find in an RPG. High Moon’s Transformers games reinvented an older 1980s cartoon series as a grittier story of war and loss, but without losing touch with characters and story.

While there are plenty of examples of licensed video games missing the mark, Masters of the Universe is uniquely situated to be a success story. Not only are its larger-than-life characters and setting a perfect fit for big video game action, but other mediums are actively bringing the old series back to public consciousness. Revelation is just the first of two announced Netflix animated series. New toys are back in stores. A tabletop role-playing game is in the works. And long-quiescent fan communities have remained quietly active for decades, ready to see these stories brought back to life.

Kevin Smith’s Masters of the Universe: Revelation proves that you don’t need to abandon the fun and vibrancy of an old franchise to bring it new opportunities and help it step into the modern age. Like that new animated release, a high-end video game adaptation can find success if it updates the themes and characters without abandoning what makes them memorable. More than most of those old 80s cartoons, Masters of the Universe comes ready-made for the type of action and intensity that a big new video game needs. I’m crossing my fingers that some of the other attempts to revitalize the Masters of the Universe find success; perhaps, when they do, the right game maker can come along and bring He-Man, Skeletor, and all the rest to life on the thumbsticks of my controller.

Source: Game Informer We’re Overdue For A Great Masters Of The Universe Game