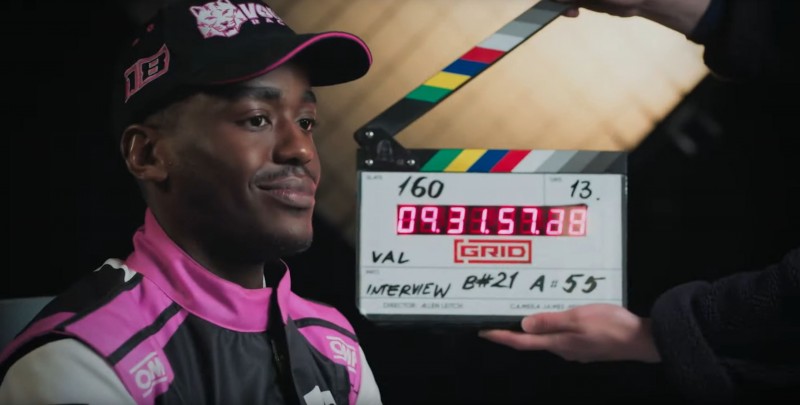 Codemasters got today’s EA Play Live off to a strong start. Now that the developer has been acquired by EA, a bevy of fan-favorite racing franchises like Grid, F1, and Project Cars are now under a new banner. A short montage of these experiences aired and then Senior Gameplay Designer Becky Crossdale took to the stage (virtually) to announce the next chapter in the Grid series: Grid Legends.

Grid Legends tells a compelling story about the intensity that surrounds the World Championship. The uniqueness of this game, however, comes from the implementation of live-action performances. This unique approach is bolstered with the help of filming tech used on The Mandalorian. Players will go toe-to-toe with a dominant team of drivers that will stop at nothing to keep their opponents off the track. In addition to the traditional structure of organized racing, Crossdale also mentioned the welcome addition of mixed class racing. This includes potentially dropping F1 cars, rally cars, trucks, hyper cars, muscle cars, and open wheel vehicles all in the same match for some wacky-looking contests.

Other game modes like Boost Mode and Elimination Mode will be in the game (you’ll probably catch me totalling everyone else’s ride in the latter). And some awe-inspiring locations are making first time appearances. Crossdale mentioned that you could drive the new Aston Martin Valkyrie down tracks in Moscow, London – don’t forget to keep an eye out for Buckingham Palace! – and the world-famous Alpina course, which will push your favorite hyper cars to their limit. There are over 130 places routes in total so you’ll have plenty of content to dive into.

Grid Legends is slated for a 2022 release on next- and current-gen consoles as well as PC. Are you looking forward to diving into the single-player narrative or would you prefer racing your friends? What modes or cars do you hope to see? Post your thoughts in the comments section below!