Yu-Gi-Oh! Master Duel Might Finally Be What Fans Are Looking For 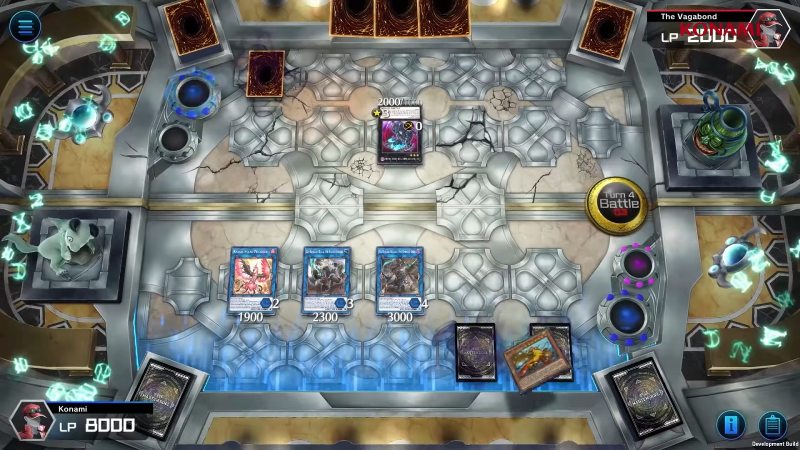 Over the years, Yu-Gi-Oh! has seen numerous titles of all kinds land on many platforms. These range from single-player centric experiences that allow players to build with specific subsets of cards to mobile-centric nostalgia-laden titles like Yu-Gi-Oh! Duel Links. In an announcement today, we finally got our first look at Yu-Gi-Oh! Master Duel. If you’re like me, you’ve been waiting for a “full-form” take on the massive card game that would exist in the same space as things like Magic: The Gathering Arena, Hearthstone, Legends of Runeterra, and the rest of the core digital online card game offerings. It looks like it’s using the standard 8000 life point total and will include tons of cards and strategies under a possible (probable) free-to-play model, much like other major online CCGs. So the question is, is this the one? I sure hope so.

While we lack complete details for the title right now, it sure looks like it’s finally the digital incarnation we’ve been looking for over the last decades. Of particular interest with this announcement is that it is coming to a massive number of platforms. Yu-Gi-Oh! Master Duels is coming to PlayStation 4, PlayStation 5, Xbox One, Xbox Series X/S, Switch, Steam, iOS, and Android. Free-to-play card games that include microtransactions for purchase, daily quests, and all that kind of thing have traditionally had difficulty moving over to the console platforms, so this looks awesome.

It’s meant to be a full-fledged Yu-Gi-Oh! experience, not the pared down zoom zoom quick games that you get in Yu-Gi-Oh! Duel Links. Tournaments and competitive play are part of the equation as well. While we don’t have any idea on pricing or any other aspect right now, it’s probably going to be a free-to-play game similar to other online digital card games. It doesn’t hurt that it looks like it has some pretty cool special effects for fusion monsters and more.

The prospect of Yu-Gi-Oh! joining some of the other big names in the digital online card space in this fashion is fairly exciting, but we’ll have to wait and see a lot more information before we start summoning Dark Magicians and Blue Eyes White Dragons. Let’s hope this incarnation can make Kaiba proud.

Source: Game Informer Yu-Gi-Oh! Master Duel Might Finally Be What Fans Are Looking For