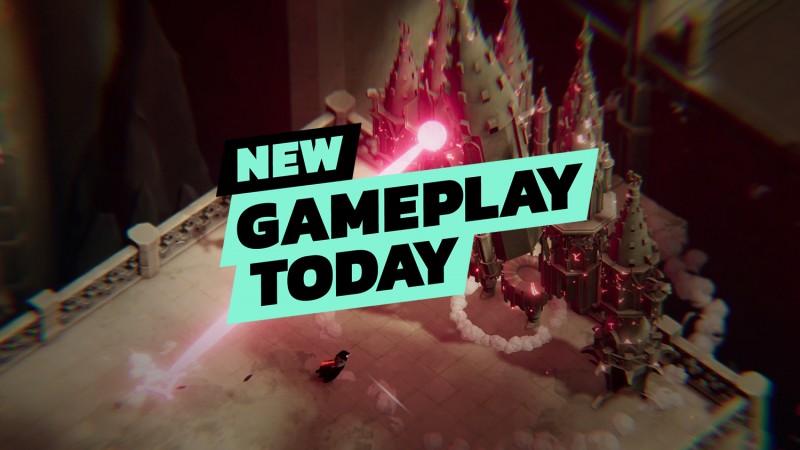 In Death’s Door, you play a crow employed by an organization of reapers (who are also crows) tasked with bringing in the souls of the dearly departed. What starts out as just another day at the office gets flipped on its head after your assigned soul is stolen by a shadowy figure moments after recovering it. The chase to get it back leads you down a much larger rabbit hole revolving around long-living rulers who have found ways to cheat death. You’ll also get to meet a lot of quirky personalities and visit some exotic locations. Oh, and who could forget the copious amounts of satisfying hack n’ slash combat.

If you’re discovering Death’s Door for the first time, the game is an isometric action-adventure game by Acid Nerve, a small indie team best known for releasing Titan Souls in 2015. Death’s Door represents a big leap forward from the team’s previous console outing by transitioning to a fully 3D world featuring multiple biomes, dungeons, puzzles, and, naturally, large-scale boss battles. All of it comes together wonderfully, so much so that we scored the game a 9 out of 10. And guess what? The game is available today for Xbox Series X/S, Xbox One, and PC.

Want to see it in action before you decide to take the plunge? Join Marcus Stewart, Alex Van Aken, and Alex Stadnik as they gush about Death’s Door and explore the opening moments, including its first two boss battles. With praise such as that we know you’re just dying to learn more about the game.

If you enjoyed this video, be sure to visit the official Game Informer YouTube channel for more great video features. Looking for more episodes of New Gameplay Today? Check out these recent episodes we’ve given hands-on looks at big triple-A titles such as Psychonauts 2 and The Legend of Zelda: Skyward Sword HD as well as indie games like Claire de Lune.