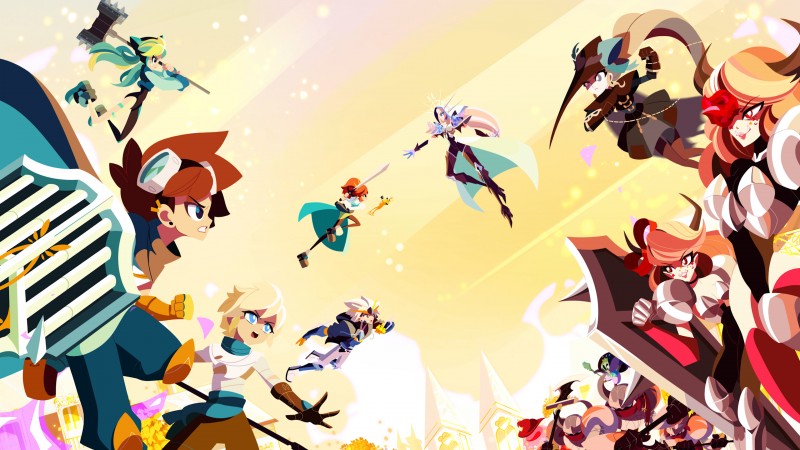 Cris Tales hits tomorrow across nearly every major platform, and the review embargo has officially lifted. Unfortunately, I’m not ready to deliver a verdict on the new role-playing title, so instead, I’m going to give you my early impressions from the opening hours of this pretty throwback RPG.

The game is undeniably gorgeous, possessing one of the most consistently beautiful art styles I’ve seen in a long time. Every environment, every enemy, and every party member is stunningly hand-drawn, creating a distinct and eye-catching style that has delighted me in my early travels. The aesthetic is complemented by memorable, fitting music and well-acted, fully voiced dialogue.

While the visuals are definitely an early highlight, I’m also quite enjoying the combat. I love Crisbell’s ability to reverse or speed up time in battles, accelerating or removing status effects from enemies. For example, I can move forward in time to make a poisoned enemy die instantly, or reverse time to make them a younger, less powerful version of the enemy I originally encountered. You can also use these powers to play off of abilities of other party members, like moving forward in time to rust a metal shield that your party member attacked with water.

While this mechanic reveals itself as a useful tool to the player early on, I’m particularly excited to see how it evolves over the course of my journey. Crisbell and her talking frog companion can also use these time-travel powers to solve puzzles in the environment, even changing the fate of entire towns, but its execution has been rather rudimentary at the point I’ve reached in the adventure.

I do want to reiterate that I’m still very early in Cris Tales’ story, but I’m excited to see how the mechanics that have already been introduced continue to evolve and grow as I make it deeper into the journey. To see the game in action and learn what my colleagues think, check out the episode of New Gameplay Today above! Cris Tales launches tomorrow, July 20, on PlayStation 5, Xbox Series X/S, PlayStation 4, Xbox One, Switch, and PC.