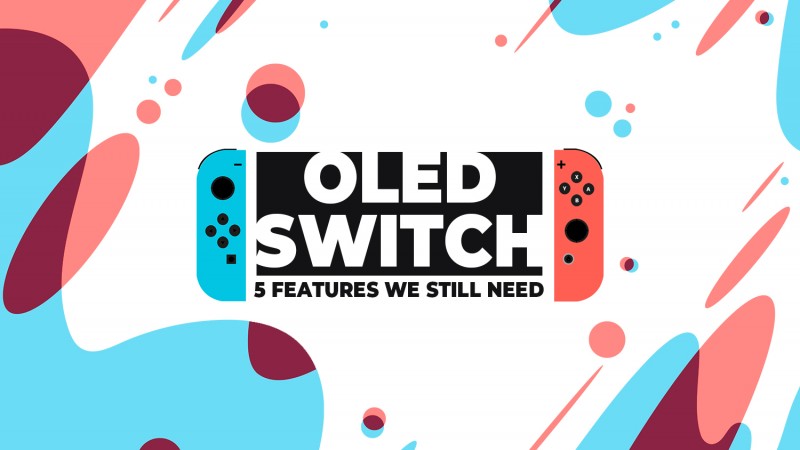 The Nintendo Switch is one of my favorite consoles of all time. The handheld’s portability allows me to finish more games than I would if I had to sit in front of a television, and its expansive library of games has continuously delivered some of my favorite gaming moments ever. However, as a person who predominantly uses his Switch in handheld mode but also needs to capture gameplay footage, the device’s screen leaves much to be desired; and when compared to the screen on the Switch Lite, the regular Switch looks washed out. So as you can imagine, I was happy when Nintendo announced an updated Switch SKU with an OLED screen earlier last week.

This new Nintendo Switch OLED model boasts a 7-inch OLED screen, a refreshed dock with a LAN port, a more stable kickstand, an improved audio experience, and a bolstered internal storage capacity of 64 gigabytes. And no, to some of the internet’s dismay, this updated Switch will not support 4K resolutions while docked or even 1080p in handheld mode. But as someone who spends 95% of his time playing his Switch on the go — or just on the couch while watching Netflix — I’m more than okay with this incremental upgrade to the base Nintendo Switch, especially when considering its reasonable price increase of only $50. However, despite my overall excitement for the Nintendo Switch OLED, there’s still a lot of room for improvement. So, without further delay, here are the five features Nintendo still needs to implement to modernize their hybrid console.

If you enjoyed watching this video, be sure to subscribe to our YouTube channel. Are you looking forward to the Nintendo Switch OLED, or were you one of the folks disappointed by the lack of other features like 4K support? Be sure to leave a comment down below letting us know your thoughts on the upcoming handheld. Lastly, I’d love it if you told me what you thought about this video by letting me know on Twitter. Thanks for watching!