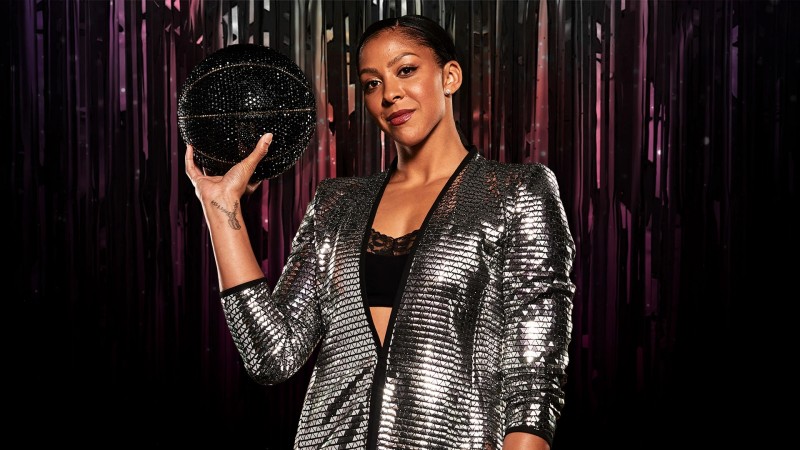 Earlier today, we shared the NBA 2K22 reveal, including the athletes that will be gracing the covers. With the 75th anniversary of the NBA being a part of the celebration, there are a few different cover options to choose from, including some stellar artwork. Another aspect of the variants is that a WNBA player will grace a cover for the first time in NBA 2K’s history.

Candace Parker from Chicago Sky is the first to break the mold with her cover contribution, showing her in two modes: one where she can be seen smiling triumphantly as she dunks, and another where she is completely in the zone, ready to score one for the team. While the cover doesn’t impact how the game itself plays, it is kind of cool to see a woman make history in the gaming space, especially as someone that absolutely loved playing basketball growing up.

The first WNBA player on a cover of NBA 2K 🙌

There is also an Anniversary Edition that will come with cover artwork by Charly Palmer, who is known for his work with social justice, especially with his Civil Rights series. Artwork will include six-time NBA Champion and six-time MVP Kareem Abdul-Jabbar, 14-time All-Star Dirk Nowitzki with his sharpshooting skills, an 11-time All-Star, and two-time NBA Champion Kevin Durant (which marks his third time gracing a cover for the games).

“The NBA 2Kcover has always been a vehicle for storytelling and a way to showcase the unique and diverse backgrounds of the athletes,” said Alfie Brody, Vice President of Global Marketing Strategy at NBA 2K, when the different covers were first revealed. “The culture around the game of basketball is vibrant and transcends geographical boundaries. This year, we want to showcase that global diversity via Charly’s amazing, one-of-a-kind art.”

For those looking for more about NBA 2K22, check out our previous coverage right here.

What do you think about Candance Parker on the cover of NBA 2K22? What other WNBA superstars would you like to see get their time to shine next? Sound off with your thoughts in the comment section below!