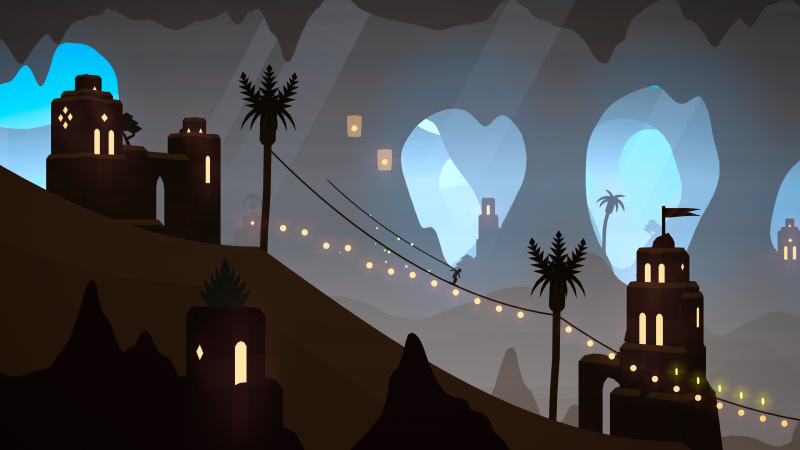 Sandboarding game Alto’s Odyssey is getting its first major expansion next week in the form of The Lost City, publisher Snowman announced today. The expansion will be available exclusively through the Apple Arcade subscription service on July 16 and will add a new biome, gameplay challenges, and music.

You can see a trailer for The Lost City below:

One interesting thing to note about The Lost City – while it’s a new expansion for Alto’s Odyssey, according to the developer, it actually makes use of scrapped ideas from the original launch of the game. While the base game largely remains intact, players are invited to explore the Lost City, an entirely new biome that expands the visual palette, soundscape, and challenges of Odyssey, all seamlessly integrated into the game’s core experience.

“Being able to pick some of those ideas back up and bring them to life, in a way that wasn’t possible during the original development process, feels like realising the truest vision of the project today,” producer Jair McBain tells Game Informer in a statement about the project.

Alongside the announcement for The Lost City, the team also announced Land & Sea, which serves as the formalization of the until-now unnamed development team behind the Alto games. Land & Sea is founded by the game series’ co-creator Harry Nesbitt and is made up of a team of various contributors. Alongside continuing support for its Alto series, Land & Sea also has plans to introduce new IP sometime in the future. The Lost City serves as Land & Sea’s first major project, which according to Nesbitt, is also the first time it’s expanded one of its existing games in a major way.

“We wanted to strike a careful balance between adding new elements to the game, while preserving the original flow,” Nesbitt says. “In many ways we think of this as the definitive version of the game, so there’s plenty for new and experienced players to enjoy.”

Thanks in no small part to the Alto series’ critical and commercial success – which netted it an Apple Design Award and BAFTA nomination – the once mobile-only Snowman has become something of a publishing powerhouse within the indie space lately. On top of bundling the Alto series for consoles in the form of The Alto Collection, it also published Where Cards Fall, developed by Blaseball-maker The Game Band, and Skate City, the latter of which also recently made the jump to other platforms.