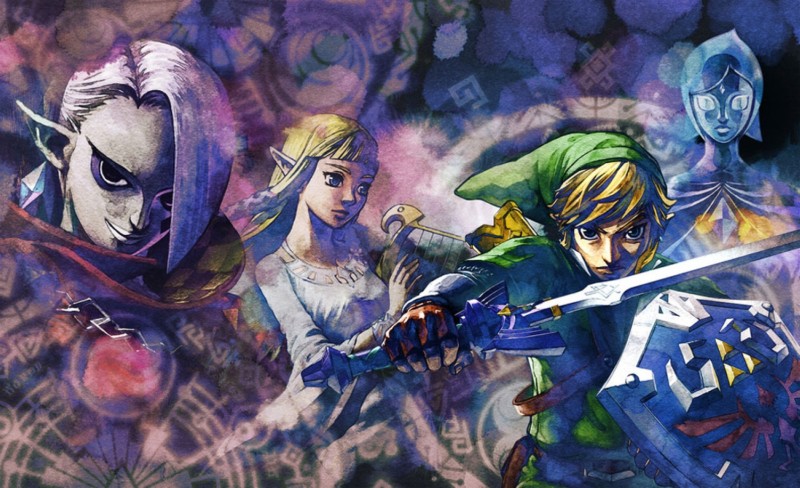 The release for The Legend of Zelda: Skyward Sword HD on Nintendo Switch is just around the corner, and to celebrate, Nintendo just dropped a brand new trailer showing off what Zelda fans can expect. The latest trailer features Link front and center, as he takes on all of the various enemies that can be encountered. It also shows off even more of the updated visuals for the HD version of the game and what sort of changes players can experience in the world of Hyrule.

The previous trailer we received for The Legend of Zelda: Skyward Sword HD was a detailed video showcasing the various enhancements made to the game, specifically going into the most overt changes that will be seen. It also showed off more Quality of Life changes like skippable cutscenes, Fi support, and more. This new trailer is more of a “be excited; it’s one week away” type of look, which is A-okay for those amped up to see what else looks different.

The Legend of Zelda: Skyward Sword was loved by many, despite what comment sections like to say presently. At the time, players enjoyed the adventure that Link underwent, and there were many positive reviews reinstating that this was a strong in the Legend of Zelda franchise.

With the HD version coming out just next week, players can look forward to optimized control options, additional help from Fi, better framerates for a smoother gameplay experience, a more streamlined means of inventory management, skippable cutscenes, fast-forwardable dialogue, and other tweaks made to the environment to make it a little bit more immersive.

Back when the original was released, we gave Skyward Sword a perfect 10. “Nintendo has talked about Skyward Sword as the title that shows how Zelda can evolve, and as a lifelong fan of this franchise, I feel confident saying that the game does just that,” reads our original review. “From a gameplay and story standpoint, this is the biggest shift the series has ever seen, grafting remarkably fresh additions onto the classic structure.”

Any minor issues I had with Skyward Sword pale in comparison to the game’s massive and undeniable achievements. It releases almost exactly five years after the launch of the Wii. Nintendo took a long time, but the publisher has finally proven that it’s possible to build a great, hardcore-friendly gaming experience around motion controls – something that’s fun and challenging without feeling frustrating or silly. That fact alone makes Skyward Sword a title that every gamer should experience.

The adventure begins (again) on July 16 for Nintendo Switch.

Are you excited to dive back into Zelda: Skyward Sword with the HD version? Will this be your first time with the game? Sound off with those Link-fueled thoughts in the comment section below; Fi would want you to.