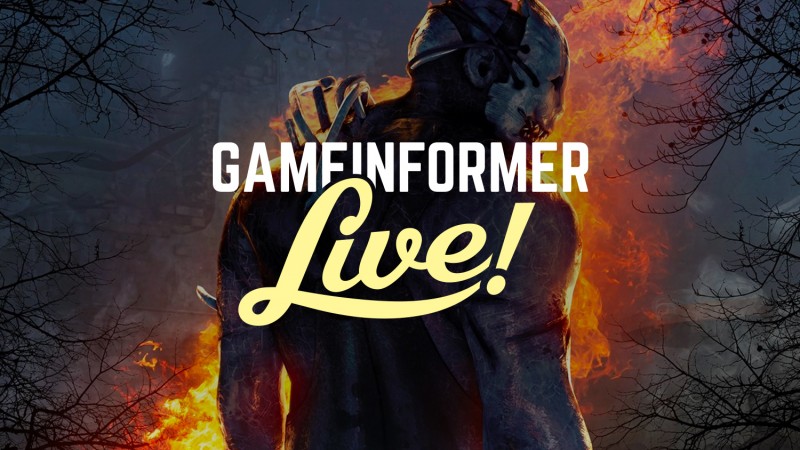 Today at 2:30 CT, the Game Informer crew is going to try to survive against all odds in Dead By Daylight. As survivors, we’re going to face off against killers like Pyramid Head, Michael Myers, and of course, Resident Evil’s Nemesis. With the 5th Anniversary event going on and cakes giving everyone oodles more bloodpoints to play with and the Raccoon City Police Department map back in the rotation, now’s a great time for some horror fun. And fun will be had!

Join Dan Tack, Liana Ruppert, and Alex Stadnik today for some extremely dangerous fun. Yes, we’re going to get put up on hooks and die. A lot. But there are party poppers and confetti involved so it’s very, very chill. We’re all relatively new players on the survivor side, so expect plenty of hilarious mishaps as we try to land flashbangs with Leon S. Kennedy, set up generator traps with Jill Valentine, and maybe even blind the killer once with a flashlight.

Recent updates to Dead by Daylight continue to make the 4v1 asymmetrical horror game a destination for those looking to have a mini-horror movie experience. No game ever plays out quite the same as the survivors attempt to repair generators and attempt to exit the various arenas before the killer can track down and defeat them. Of course, if you’re the last survivor and all hope seems lost, you can always try and find the hatch to make a scrappy getaway in the final moments. With relatively short sessions, tons of progression elements, and huge variance in-game to game, it’s easy to see why folks keep coming back for thrills and chills.

Join us today on Twitch for all the action. Of course, if you can’t make it today, you can check out the archive tomorrow on YouTube!

Have you ever played Dead by Daylight? Do you play killer or survivor? Who’s your favorite? Let us know in the comments!