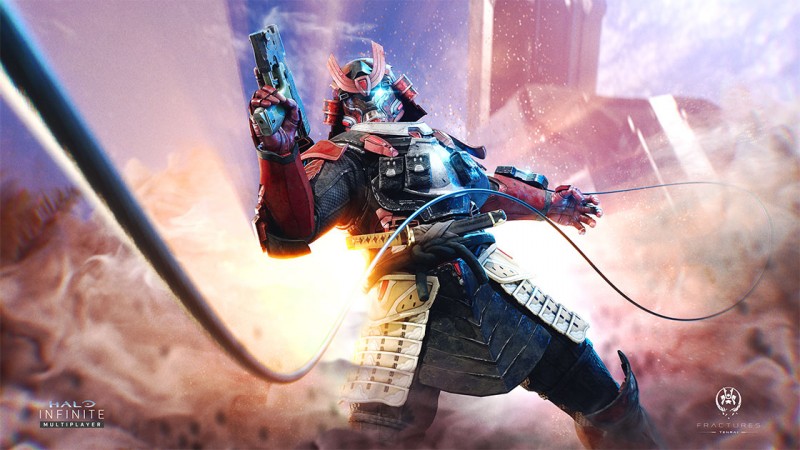 343 Industries dropped a ton of new info about Halo Infinite multiplayer during E3 2021, including new features being added in and how the Battle Pass systems will work. Now we’re diving a little deeper into how the Halo Infinite multiplayer seasons will evolve through an ongoing story, with season one bringing us back to Reach to kick things off.

While the main campaign story gave us a new look earlier this month with Cortana Lite (she’s not actually Cortana, that’s a joke), 343’s Joseph Staten opened up a little more about how the multiplayer story will progress. Yes, there is the story of Master Chief but there is a wider arc, as well. “There’s another hero standing beside Master Chief at the very heart of the Halo universe,” said Staten to close out the latest Halo Waypoint blog post. “Some of you may have met this hero way back in 2001 with the launch of Halo: Combat Evolved. Some of you will meet this hero for the first time this holiday. Because this hero is you.”

The first season of Halo Infinite’s multiplayer is called Heroes of Reach. Players will be able to customize their own Spartan to look the way they want, which is “a huge part of the journey.” But it’s more than just a personalized avatar, there is a deeper connection to the overall Halo-verse that is vital to the experience. “At the center of our plans is a goal to deeply root your Multiplayer character in the larger Halo universe and give them a vital, active role in the Halo story moving forward. How exactly we’re going to do this in the Seasons and years ahead… Well, we’re not ready to share details yet. But I can share that we picked Heroes of Reach as a Seasonal theme for very specific reasons: Reach has a rich history; it’s a key location for Spartans of old and a focal point for a new generation of Spartans preparing to wrestle with the perils and mysteries of a galaxy that has fundamentally changed after the events of Halo 5.”

Staten calls the changes made to Halo Infinite’s multiplayer a “transformational moment” in Halo history, one that will play a key role in future Halo adventures to come.

The evolving dual storylines is a part of the five key pillars that the live team has when approaching their game development. These pillars include the prioritization of healthy engagement, maintaining a “player-first” focus, providing “unambiguous value,” and to always listen and learn from the community and each other. Halo Infinite has the potential to pave a new feature for the franchise. It very much feels like we could potentially be facing the end of Master Chief’s storyline, which poses the question: What’s next? Do we go multiplayer-only in the future, adapting the live-service model to continue on a form of storytelling? Do we go a new hero route, someone that dares to step into the boots of Master Chief? Do they keep Master Chief’s story going, despite evidence that it could be on its way to conclusion?

Those are all billion-dollar questions where only time will tell. Still, the latest blog post is alight with insider knowledge about what’s going on behind the scenes. If you’re interested in learning more about Halo Infinite, we encourage you to read the full blog post here.

Source: Game Informer Halo Infinite Multiplayer Will Be An Evolving Story That Begins With Returning To Reach