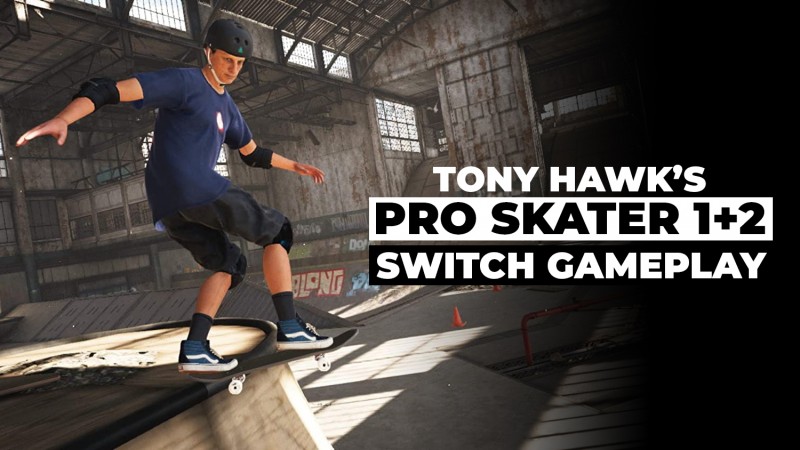 If you’ve ever had the pleasure of going to Tony Hawk’s Boom Boom HuckJam, you’ll understand what a wild ride skateboarding can be. The Tony Hawk’s Pro Skater series has also gone through similar ups and downs since the Birdman first graced our PlayStations in 1999.

Last year was a high note for fans of the extreme sports series, as Tony Hawk’s Pro Skater 1 + 2 brought the series back into the good graces of the gaming public with the expert gameplay players love along with a beautiful new coat of paint. But while people got to experience Pro Skater 1+2 if they had an Xbox, PlayStation, or PC, the Switch crowd was left in the cold. That is until this year.

Tony Hawk’s Pro Skater 1+2 is finally releasing on the Nintendo hybrid console on June 25, and while Switch owners are sure to have a bad taste in their mouths from some less than stellar console ports, we have good news for those excited to take their skateboarding on the go.

Join Alex Stadnik and Brian Shea as they tour some of the game’s most iconic levels on both Switch and Xbox Series X and let you know what their experience has been like with the newest release from Activision and developer Vicarious Visions. We also discuss not only the Switch port’s impact on graphics but on performance and control as well!

Want to know more about Tony Hawk’s Pro Skater 1+2? Be sure to check out Stadnik and Shea’s review discussion from last year, where they discuss why this remaster is one of the best entries in the entire series! For the Switch fans out there, we’ve got a fresh episode of New Gameplay Today featuring Monster Hunter Stories 2, a deep dive into Nintendo’s triumphant E3 Direct, and details on the Splatoon 2 online feature that’s going away soon.