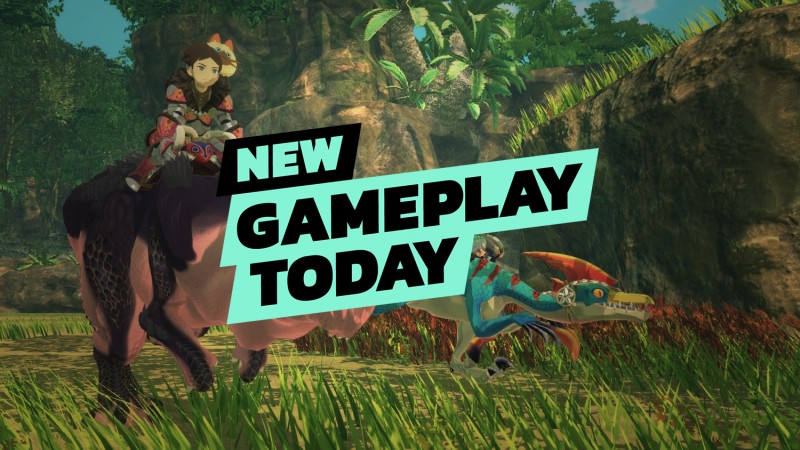 Wings of Ruin’s story follows the grandson of a legendary wyvern rider who has a connection with a special Rathalos egg that seems to be the key to answering the mystery of its species’ sudden disappearance. Taking inspiration from beloved series like Pokémon, Monster Hunter Stories 2 focuses on the special connection between a creature and their rider. John Carson, Associate Editor at Game Informer, puts it best in his recent article:

Wings of Ruin follows the descendant of a legendary monster rider who is bestowed a special Rathalos egg. The creature inside is known as Razewing Ratha, which legends say can cause the world to burn with just the beat of its wings. As opposed to the combative nature of the mainline Monster Hunter series, Stories focuses on the friendship and camaraderie between riders and what they adorably call “Monsties.” Also, instead of being action-oriented, this spin-off is more like the Pokémon games. Monstie collection is a huge part of the experience, and combat is handled through turn-based battles with the protagonist fighting alongside a chosen team. Each Monstie has elemental affinities, so prepare to bone up on various strengths and weaknesses.

Did you enjoy this look at Monster Hunter Stories 2: Wings Of Ruin and want to see gameplay of other upcoming 2021 video game releases? Then be sure to subscribe to the Game Informer YouTube channel and catch up on recent episodes of New Gameplay Today right here. As always, be sure to leave a comment down below letting us know if you’re excited to check out this upcoming game.