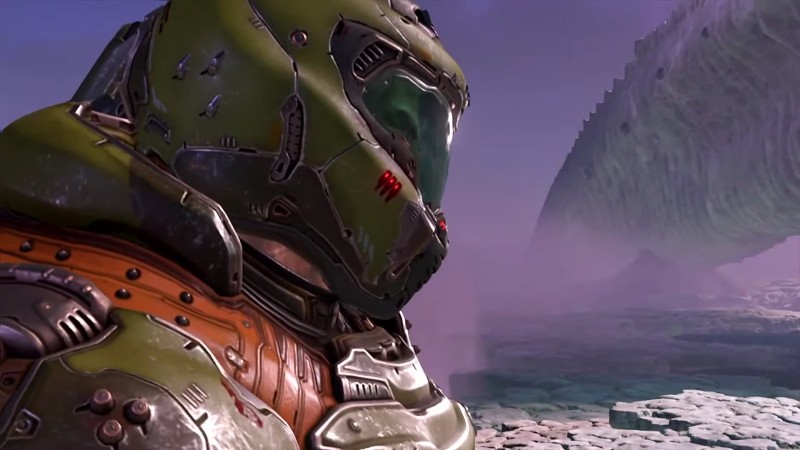 Ready to fight some more of the hordes of Hell? Of course you are! For those that have lovefor the Doom Eternal: The Ancient Gods – Part One DLC, you can now take this adventure on the go with Nintendo Switch. Even better? It arrives today. The E3 2021 Nintendo Showcase showed off a little bit of how this expansion plays on the hybrid console, confirming its arrival.

Arriving today, Doom fans can jump right into the action on the Nintendo Switch. At the time this article was written, The Ancient Gods DLC wasn’t showing up in the eShop quite yet, but Nintendo promises that it will be arriving later today.

Doom Eternal joined the Nintendo Switch library back in December of last year, and it runs pretty well on the portable system. The Switch has continued to surprise fans, in the best way, with its performance and impressive third-party support, so to be able to play the next step in the hellish franchise, and its DLC, is pretty darn cool.

Need a little refresher on what The Ancient Gods has to offer? Check out the full announcement trailer below from when it was first revealed:

“Your mission is now your own,” reads the DLC’s official description. “The legions of Hell have razed the heavens, threatening to expand their control across dimensions. Unleash your vengeance and battle back to the Maykr’s realm. Defeat powerful new threats, restore order to the heavens and unearth the corruption that has thrown the universe into chaos.”

Missed a part of the ongoing E3 2021 showcase? Don’t worry, we have you covered! Feel free to mosey on over to our dedicated events hub here to catch up on anything you may have missed, including news, world premieres, watchalongs, and so much more.