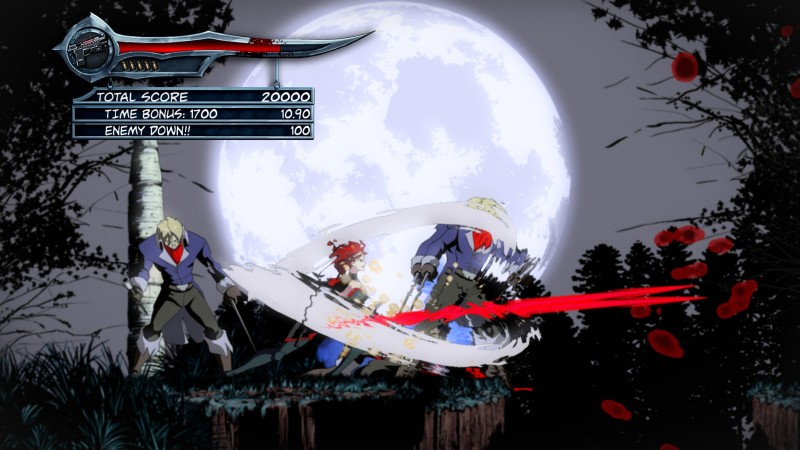 A decade ago, Wayforward attempted to freshen up the dormant BloodRayne franchise by reimagining it as a 2D side-scrolling action game, BloodRayne: Betrayal. While it didn’t result in a comeback for a series, it offered a competent, if not challenging, reinvention (here’s our review). Fast-forward to today, and Wayforward is dusting off Rayne’s final outing to date for another chance in the spotlight.

BloodRayne Betrayal: Fresh Bites upgrades the 2011 title in more ways than one. The vibrant 2D visuals pop even more thanks to an increased resolution up to 4K. The game will also sport other non-specific modern features, and Wayforward has squashed bugs present in the original game. Furthermore, the voice-acting has been re-recorded with original cast members Laura Bailey and Troy Baker reprising their roles as Rayne and Kagan, respectively.

Perhaps the best news is the new difficulty rebalancing. Betrayal was commonly criticized for being too punishing for its own good, so Fresh Bites rebalances the game to make it more approachable. If you’re a skilled player/masochist that enjoyed that higher challenge, don’t worry; you can still play Betrayal with its original difficulty setting. See the remaster in action in the trailer below.

I liked BloodRayne: Betrayal well enough in its time, but I’m in the camp of players who thought the blistering difficulty caused more headaches than fun. I was proud to finish it, but it could stand to be better balanced so I’m curious to see how Wayforward reworks that aspect of the game. To date, BloodRayne: Betrayal is the third and final game in the series though the remaster is being published by Ziggurat Interactive, which purchased the IP last summer. Could this remaster, along with the recently enhanced versions of BloodRayne 1 and 2, act as ways to gauge interest for a grander return for Rayne? Fans can only hope.

Looking forward to playing a spruced up BloodRayne: Betrayal or are you a newcomer who missed it the first time around? Share your thoughts in the comments!