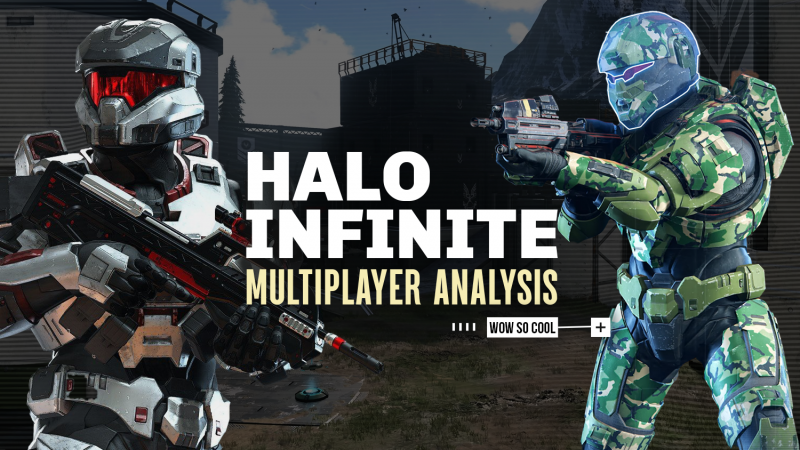 Halo Infinite has a lot riding on it. 2020 was a rough year for the franchise, as the reveal of the hotly-anticipated Xbox exclusive failed to wow the internet at large, and developer 343 Industries decided it needed more time and delayed the title until 2021. But while there’s still plenty to prove before we get our hands on the game later this year, Halo Infinite’s re-reveal at this year’s E3 has us singing a much different tune.

Xbox smartly showed off its newly announced free-to-play multiplayer suite featuring everyone’s favorite 1,000 pound Spartans (look it up) in an exciting new trailer as part of its E3 Showcase. As with every trailer, there are plenty of details to pour over, and we’ve done just that.

Join Alex Van Aken, Liana Ruppert, and Alex Stadnik as they break down the new Halo Infinite multiplayer trailer frame by frame and highlight the details you may have missed from your first viewing! We also fill you in with some of the new updates surrounding the game, including battle pass info, how the returning equipment will work, and more!

The end of the road is in sight, Spartans, as Halo Infinite is set to launch on Xbox Series S/X, Xbox One, and PC in Holiday 2021. If you’re hungry for more information, be sure to check out what’s going on with the game’s story, a dive into the multiplayer, and our quick thoughts, on the whole, reveal in this reaction video!

The party doesn’t stop today, friends. We’re in the midst of the video game industry’s biggest week of the year, and we’re celebrating in style. We’re live streaming all the biggest conferences with you, giving our spicy reactions on the YouTube channel, and filling a huge E3 hub with all the content you could dream of. Thanks for watching! Be sure to let us know what you think of Sonic Colors: Ultimate in the comments below!