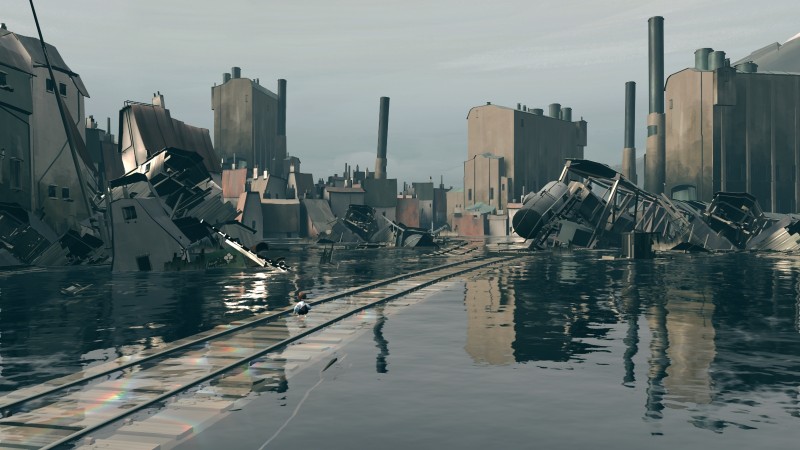 2018’s Far: Lone Sails is getting a sequel, and it’s arriving in just a few months. Far: Changing Tides debuted during the PC Gaming Show and, as the name suggests, this time players will be sailing the seas instead of the sands.

As Toe, you’ll pilot an abandoned ship across a flooded landscape searching for answers as to what happened to your home. Like the first game, your slapped together, Jules Verne-esque vessel doubles as your home and can be upgraded to better withstand violent storms and other threats. You can also dive into the depths in search of salvage, fuel, relics, and solutions to new types of obstacles.

Changing Tides maintains the lonely, meditative vibe of its predecessor. That extends to the soundtrack, composed once again by Joel Schoch. Of course, fans of the first game can expect to grow attached to their ship all over again.

We enjoyed Far: Lone Sails which is why news of a sequel is a pleasant surprise. It wasn’t perfect, but it offered a memorable and novel experience that built a great foundation for a follow-up to improve upon. As former GI editor Kyle Hilliard said in his review:

“Far: Lone Sails is the kind of game that sticks with you after seeing credits. It delivers a fascinating mystery in a strange land with engaging puzzles, and couples that with a relationship between the player and their oversized mode of transportation. A few areas lack polish and some of the physics felt off here and there, but none of that stopped the story from engaging me in a big way.”

To catch up on the E3 announcements so far, be sure to visit our E3 coverage hub. Keep an eye on the E3 schedule to stay on top of the press conferences yet to come.

Excited to play Far: Changing Tides? Let us know in the comments!