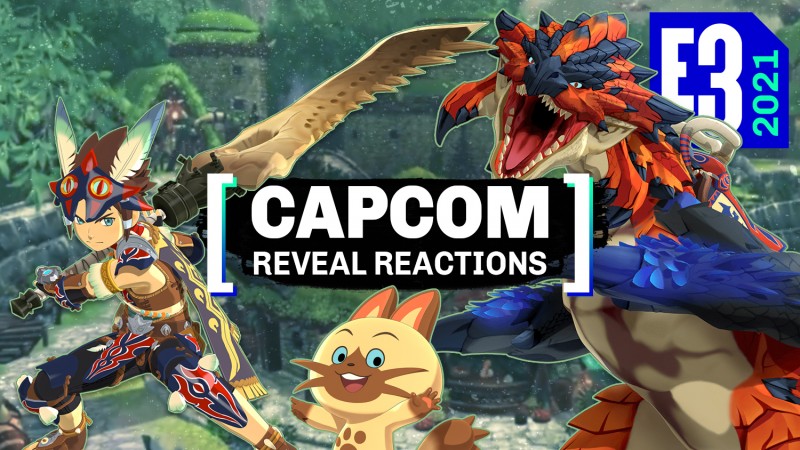 The E3 2021 announcements continue with today’s Capcom Showcase, which we already know will be revealing new looks at Monster Hunter Stories 2: Wings of Ruin, Resident Evil 4 for VR, The Great Ace Attorney Chronicles, and Pragmata. Additionally, Capcom has confirmed we’ll see Resident Evil Village and Monster Hunter Rise in some regard. Of course, it wouldn’t be E3 without a few surprises, so join Alex Stadnik, Marcus Stewart, and yours truly for a Capcom Showcase watch along beginning at 4:15 p.m. Central over on the Game Informer Twitch Page.

Resident Evil fans could potentially have a lot to be excited about. According to a Capcom leak back in November, the team is hard at work on several new projects related to the classic horror series. Resident Evil 4 is apparently getting the same makeover treatment as the Resident Evil 2 and 3 remakes. According to the leaks, a Resident Evil Village multiplayer component is in development that could bring battle royale offerings to the game.

Whether you’re looking forward to updates to already-released games like Monster Hunter Rise or eagerly anticipating new announcements, be sure to tune into our livestream later this afternoon and react alongside the Game Informer crew. As always, leave a comment down below, letting us know which games you’re looking forward to seeing the most at the Capcom Showcase!

E3 is still going strong, and the Game Informer team is here around the clock to bring you the latest news, previews, analysis, and interviews from the digital show floor. To keep up on all of our coverage, be sure to bookmark our E3 2021 hub. Looking for more livestreams? Well, you’re in luck because tomorrow we’ll be streaming our reactions to Nintendo and Bandai Namco, too!