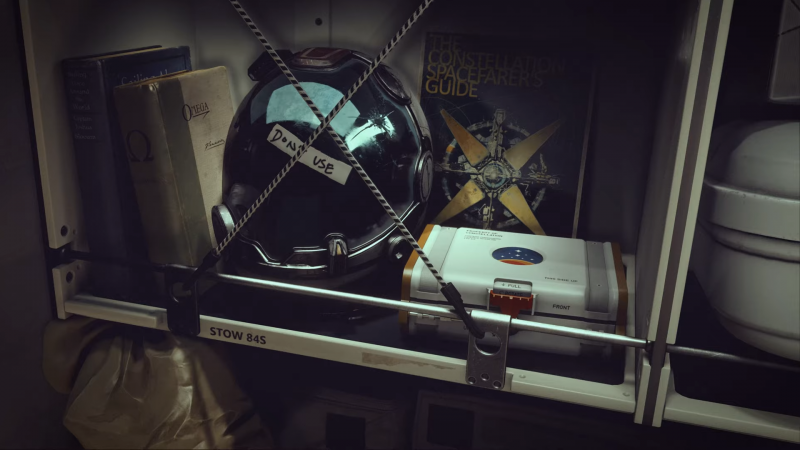 Xbox went into its E3 2021 swinging by kicking off its live stream event alongside Bethesda with our first real look at Starfield. The new IP from Bethesda is a fresh start for the company that gave us Fallout and Elder Scrolls, especially when looking at its use of a different engine. While the trailer shown gives us a glimpse at the exploratory scope of this new game, Bethesda had a pretty interesting comparison when describing what Starfield’s experience is all about. Any Indiana Jones or Star Wars fans reading this? Yes? Good.

In a recent interview with The Washington Post, Bethesda’s Ashley Cheng mentioned that this is basically one giant Star Wars-like experience. “For me, Starfield is the Han Solo simulator. Get in a ship, explore the galaxy, do fun stuff.” Bethesda’s Todd Howard chimed in when chatting with The Telegraph with his own comparison, saying that it’s “NASA meets Indiana Jones meets the League of Extraordinary Gentlemen.”

Much like other franchises in Bethesda’s wheelhouse, Howard also confirmed that Starfield would offer Factions. He even added that there is one called Constellation that is the “main one” players will experience. He likens certain aspects of the game to Skyrim, essentially confirming the long-running joke that this will be Skyrim in Space. That being said, the ability to choose your own morality root doesn’t mean it will be a carbon copy of Skyrim with shinier outfits; there is an entirely new universe to explore and new experiences to be had.

In the same interview, Howard explains that there will be tons to do and one main storyline. It sounds like more branching quests, which Bethesda fans will be used to by now, but the main drive is to have players feel invested in this universe and to want to be a part of it.

Fallout and The Elder Scrolls are two franchises that come to mind when thinking about Bethesda RPGs and if the studio can capture what fans love about those two series while offering something new at the same time? Starfield could just be the hit everyone wants it to be.

To learn more about Starfield, check out our previous coverage here.

Starfield arrives on Xbox and PC on November 11, 2022. To catch up on other E3 2021 news, you can mosey on over to our dedicated hub here to see what you may have missed.

What were your thoughts when you saw the Bethesda trailer yesterday? Are you hopeful now that Bethesda has more resources going into the future of gaming? Sound off in the comment section below!