Xbox Announces Contraband, An Open-World Smuggling Game From The Just Cause Studio 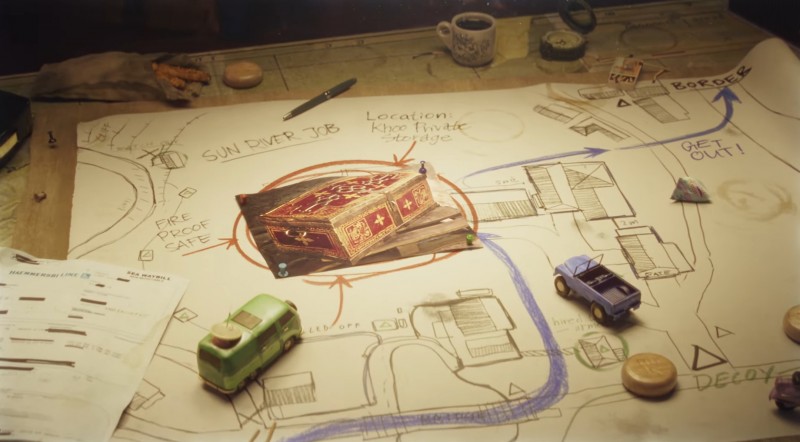 Xbox has announced Contraband, a new title set in the fictionalized 1970s world of Bayan, known as a smuggler’s paradise. The game is developed in partnership with Avalanche Studios, perhaps most well-known for its work on the Just Cause franchise, which could serve it well, as the game is an open-world, co-op game. The teaser trailer, set to Steely Dan’s “Do It Again,” gives us an idea of the tone the game is going for, but little else.

As mentioned before, Contraband is an open-world, co-op title. As the 1972 classic rock hit plays, we get glimpses of what the game might be. A map sprawled out on a table gives you the idea of the heists that might play a part in the game. We don’t know what the “Sun River Job” is, but it appears to involve extracting a fireproof safe from a private storage unit and crossing the border in a grand escape. We also catch a glimpse of the aforementioned fireproof safe, indicating that the job has already happened by the time this trailer is shot, seeing as how the team is back in what appears to be a home base of sorts, with some of the members sitting in chairs and talking, while another is performing repairs on the getaway vehicle.

You can see the trailer for yourself below.

If Contraband looks and sounds right up your alley, it comes to Xbox Series X/S and Windows 10 PC, and is set to appear on Xbox Game Pass on day one, with Xbox Cloud Gaming support. For our thoughts on the over-the-top fun Just Cause 4, check out our review here.