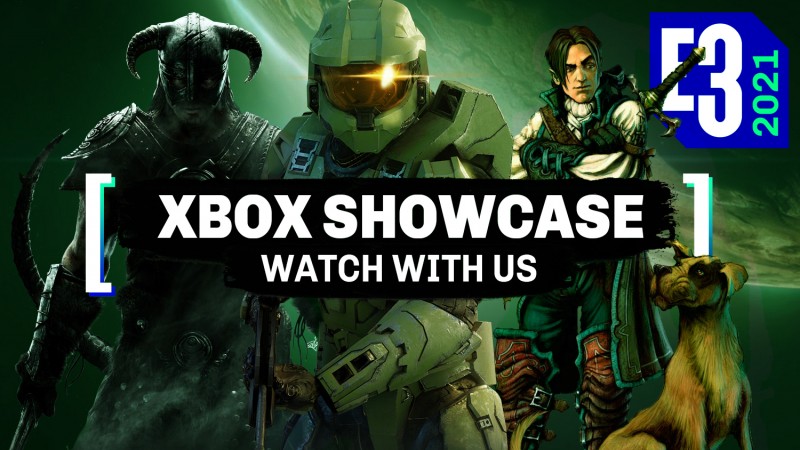 The day has finally come for fans of all things Halo, Elder Scrolls, and Psychonauts as Microsoft and Bethesda will have their turn to take the digital stage and hopefully wow us with what’s coming down the pipeline for Xbox fans. Today also marks the first time we’ll get to see the two companies together since Microsoft’s landmark deal to buy Bethesda earlier this year.

We’re going to celebrate this exciting day in style and watch one of the biggest E3 conferences of the week with the GI community live at 11:45 a.m. CT! Join the Council of Alexes (Van Aken and Stadnik) as they get hyped for new looks at some of the biggest games on the planet. But what exactly will those games look like?

Microsoft has been relatively quiet on what we’ll see in the lead-up to their E3 2021 digital event, but we do know some things. Given the company’s promotional art for the event included a certain John-117, fans should expect to get their first major update on Halo Infinite, especially since, as of now, this will be the game’s last E3 showing.

Thanks to EA and DICE, we also know that we’ll be getting our first gameplay look at Battlefield 2042 during the show, hopefully delighting first-person shooter fans the world over.

Finally, while still unconfirmed, those cheeky beauties in the Xbox marketing division included a planet in that same promo image that looks awfully like the one Bethesda has used to tease Starfield. Will the game finally make its grand debut? You’ll have to watch our stream to find out!