Sea of Thieves Gets An Original Story Starring Jack Sparrow 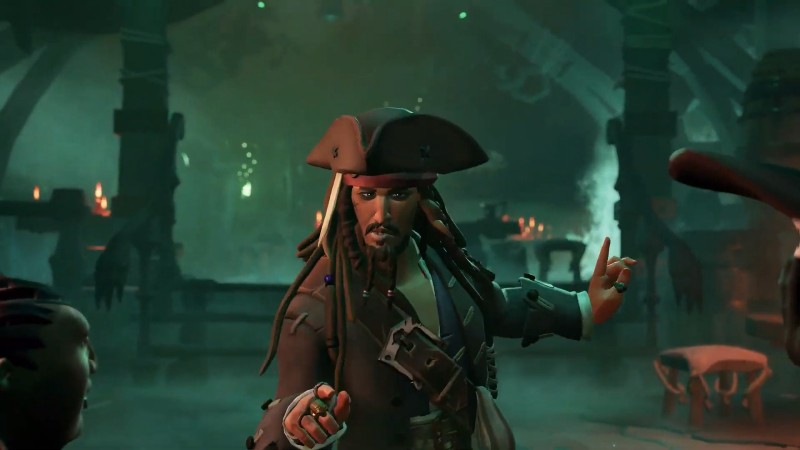 If you thought that Sea of Thieves was pretty neat but needed more story-based content then you weren’t alone. We loved adventuring with our buddies in the original release, but felt the content was a little thin at launch. Fortunately, Rare has done a great job supporting the game in the years since then. Now the studio is adding a full story mode, and it features the beloved Captain Jack Sparrow from Disney’s hit Pirates of the Caribbean franchise.

The trailer for this new mode explains that an “ill wind blows from the horizon,” and only one man can stop this evil and make the seas safe for pirates again: Jack Sparrow (yeah, I guess we already gave that one away.) It seems that Jack stole a special treasure and now some kind of “darkness” has followed the pirate into our familiar waters. If that treasure is not returned then our world could be swallowed by evil shadows.

The trailer showed a few iconic moments from the films/ride such as a scene where Jack is offering a bone to a dog, trying to coax the pup into giving him a key. It’s clear that Rare didn’t get Johnny Depp to reprise his iconic role, but the voice double does a decent job mimicking Sparrow’s familiar idiosyncrasies. We also caught glimpses of Davy Jones who will chase after Jack and no doubt cause you a few problems.

If you’re like us, you probably haven’t played Sea of Thieves in a while (you’re also probably fairly attractive), so this update is the perfect excuse to dive back in and see all the work Rare has put into its seafaring world over the years. Sea of Thieves A Pirates Life is set to release on June 22, and it will be a free update.