Eiyuden Chronicle: Hundred Heroes Is Coming To Xbox in 2023 With A Surprise Second Game In 2022 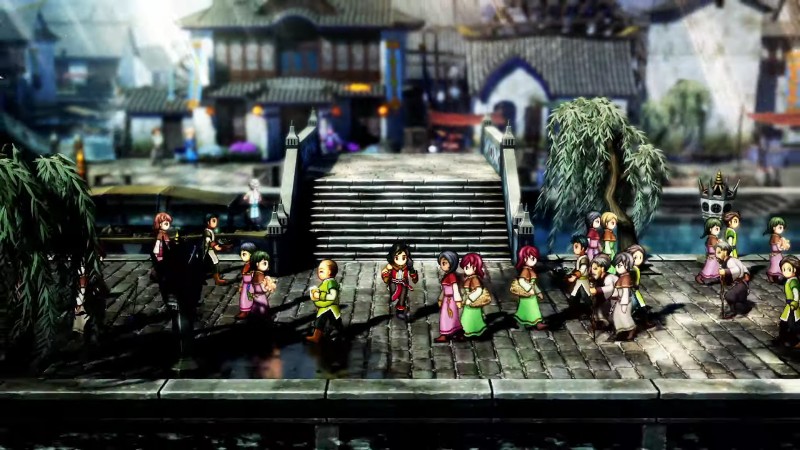 Eiyuden Chronicle: Hundred Heroes was shown off in today’s Xbox and Bethesda E3 showcase, but instead of just one announcement for this Suikoden successor, it looks like there are two games coming over the next couple of years.

Our first look at Hundred Heroes revealed it has a style similar to Square Enix’s recent 2D-HD games like Octopath Traveler and the upcoming remake of Dragon Quest III. Eiyuden Chronicle is using 3D scenery while its characters are displayed as 2D sprites, giving it a look as if it were intended to have come out on the original PlayStation.

The trailer began by showing off a bunch of characters as the camera panned past pictures of them overlaid with a very JRPG quote: “Their stories will be spun into a force that reshapes history.” In the gameplay shown we were treated to a glimpse of one of the characters, Nowa, walking around a watery village, running through a cave with a torch in hand lighting the surrounding environment, and a shot of some characters interacting in a story sequence.

With only a few seconds of combat footage provided, there looks to be an emphasis on using the depth of environments to create epic battles. This was most apparent with a shot following an arrow as it travels from the bow of an archer on a cliff overhang to a monster on a rocky bridge a short ways off. There was also a battle with characters standing at different elevations around a cave as the camera zooms in and out around a spell-caster as they prepare to launch a fireball at a massive squid.

Hundred Heroes wasn’t the only game from this new series shown off today. There was also a short glimpse of Eiyuden Chronicle: Rising which was announced to be coming in 2022. A large anthropomorphic dog was swinging a blade at an enemy plant on what looked to be a 2D forest. No additional information was given on Rising at this time.

Eiyuden Chronicle: Hundred Heroes showed a 2023 release window at the end of the trailer. The game is being developed by Rabbit & Bear studio, which is run by Suikoden series creator, Yoshitaka Murayama. Suikoden veteran Osamu Komuta is heading up directorial duties for the game.

Check out the rest of the big games from Xbox and Bethesda’s E3 showcase at our ever-growing E3 hub.

Source: Game Informer Eiyuden Chronicle: Hundred Heroes Is Coming To Xbox in 2023 With A Surprise Second Game In 2022