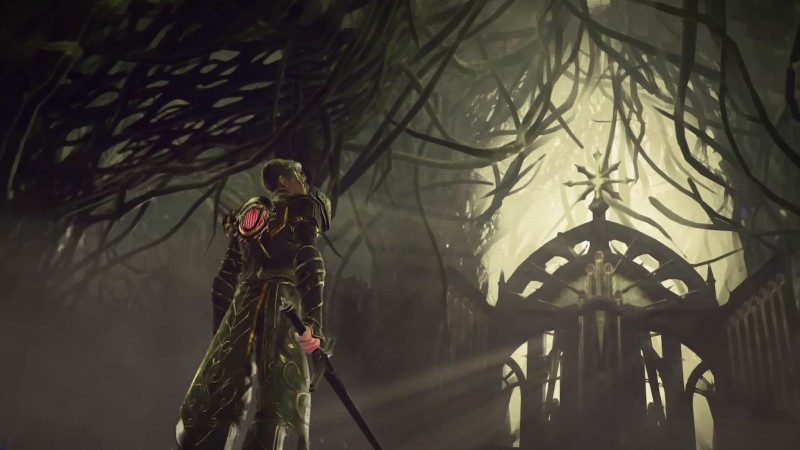 Today during Square Enix’s E3 showcase, we got a new look at Babylon’s Fall, the next game from developer Platinum Games, most known for its Bayonetta and Wonderful 101 series, and its work on Yoko Taro’s Nier: Automata.

The trailer shows The Babylon tower, built over 1,000 years, that has ultimately brought ruin to the game’s world. The game pits players as four different protagonists, as they fight their way up and throughout the tower, battling various monsters, bosses, and the standard action game fare. Surprisingly, the game has an almost water color-like cel-shaded aesthetic, making it visually distinct from other recent Platinum games.

The trailer for Babylon’s Fall closes with the announcement that the game will now be coming to PlayStation 5. It will also be available on PlayStation 4 and PC.

A developer interview shown after the game’s trailer revealed the game can be played solo or with four player co-op, with the ultimate objective of hacking and slashing your way up the impossibly large tower, acquiring new gear and powers along the way. Rare for Platinum, which mostly develops single player, narrative-driven games, Babylon’s Fall is a live-service title, with the company committing to releasing new content after release.

Check out the game’s new trailer below:

Babylon’s Fall is just one of the upcoming projects Platinum has in the pipeline. There’s also “Project G.G.,” the next game from director Hideki Kamiya, most well known for his work on Resident Evil 2 and Devil May Cry at Capcom, and then leading Bayonetta and Wonderful 101 at Platinum. The developer also has Bayonetta 3 coming out at some point, though since it was first announced back in 2017, we haven’t heard much about the game, other than it is still being worked on. Apparently Platinum is working on a new kinds of development for the series, though.

It’s been a big week for games. Between E3 and Geoff Keighley’s Summer Game Fest, we’ve gotten new looks at Halo Infinite, Starfield, a new Avatar game, and a Death Stranding Director’s Cut. To keep up with all the week’s announcements, check out our ever-updating E3 hub page.