Final Fantasy VII Remake Intergrade Is Out Now For PlayStation 5 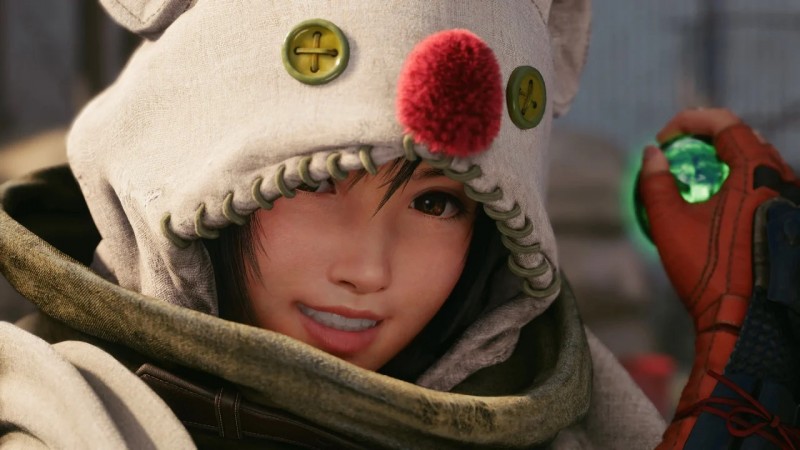 This is a huge week for PlayStation 5. Starting today, you can return to Midgar to be reunited with Yuffie Kisaragi in Final Fantasy VII Remake Intergrade, an enhanced version that delivers a new episode and other meaningful additions. A day later, the new release spotlight then moves to Insomniac Games’ Ratchet & Clank: Rift Apart, which is a fantastic return to for for the series, and an absolute must-play if you want to see what PlayStation 5 is capable of.

For those of you who are making a return visit to Midgar, it should catch your eye in a different way, with improved texturing, lighting, and more detail in the backdrops. You can experience these sights in Graphics Mode, which delivers a 4K resolution and 30 frames per second, or Performance Mode, which gives you smoother play at 60 frames per second in 1080p. No matter what mode you play in, a new photo mode allows you to focus in on the details.

Even if you already played the game, you’ll have plenty of new things to see in the oddly named EPISODE INTERmission. This story unfolds through the eyes of Yuffie, one of the original party members from Final Fantasy VII on PlayStation 1. She’s trying to reach Midgar, a mission that is aided by partner Sonon Kusakabe.

Their journey introduces a new summon beast, and they’ll square off against a variety of different foes, some of which haven’t been seen before. The gameplay is enhanced on the DualSense controller, and you can expect much faster load times as you move between areas.

If you already purchased Final Fantasy VII Remake on PlayStation 4, you can download the PlayStation 5 upgrade for free, which comes with may of the visual enhancements mentioned above. You can then download EPISODE INTERmission on its own.

Let us know what you think of Integrade in the chat below. Will this be your first time stepping into or revisiting Midgar? If you already played Remake, do you want to play it again, or just jump into the new content?