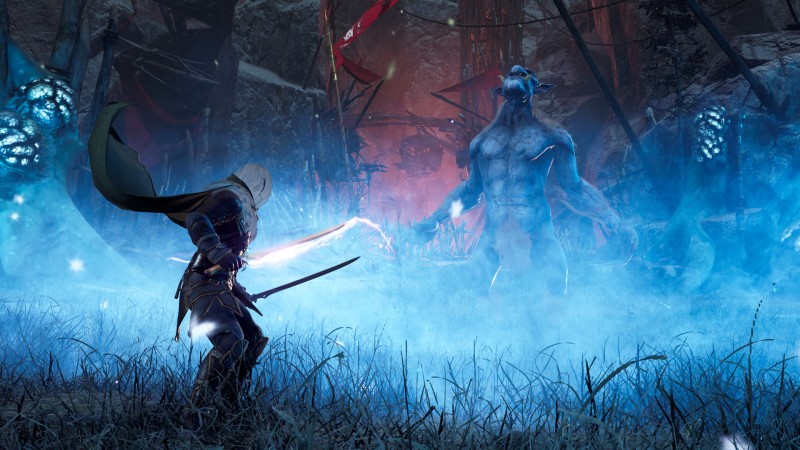 Baldur’s Gate is coming back to this gen with a new Dungeons & Dragons title to enjoy. We’ve had a few up close and personal looks at the upcoming RPG, but the team over at Tuque Games and Wizards of the Coast have more to share. This time, we’ve got new Dungeons & Dragons: Dark Alliance gameplay to enjoy, as well as an inside look at DLC plans that are on the way.

Sony shared our latest look at Dungeons & Dragons Dark Alliance in the video below, showing off a few more cinematic shots right before diving into the meat of what matters: gameplay. It’s about what one would expect out of a Dark Alliance game with the combat mechanics and overall setup, which makes it exciting to see for those really looking forward to revisiting this universe. Especially when looking at the co-op.

But it’s not just the game at launch that we have to look forward to. The team also shared a first look at Dark Alliance’s roadmap to reveal some expansion plans in the works. The first two DLC revealed will be completely free, both slated for this year with a Summer and Fall window. The first DLC will introduce new levels, which have yet to be detailed, while the second set of DLC also offers new levels and more difficulty options.

The first expansion, however, is called Echoes of the Blood War, and that’s slated for a Fall 2021 launch, as well. This expansion will offer a new narrative to enjoy, a fresh new playable character, even more levels, and a few surprises not yet revealed. That one isn’t listed as free, it looks like an all-out expansion rather than just a small DLC update, but its announcement does have me interested in learning more.

We’ll be able to see what Dungeons & Dragons: Dark Alliance has in store for ourselves when it launches on June 22 for PlayStation 5, Xbox Series X, PlayStation 4, Xbox One, and PC players.

What do you think about the latest gameplay showing of Dungeons & Dragons: Dark Alliance? Familiar and exciting, or are you just not feeling it? Sound off with your thoughts in the comments below!