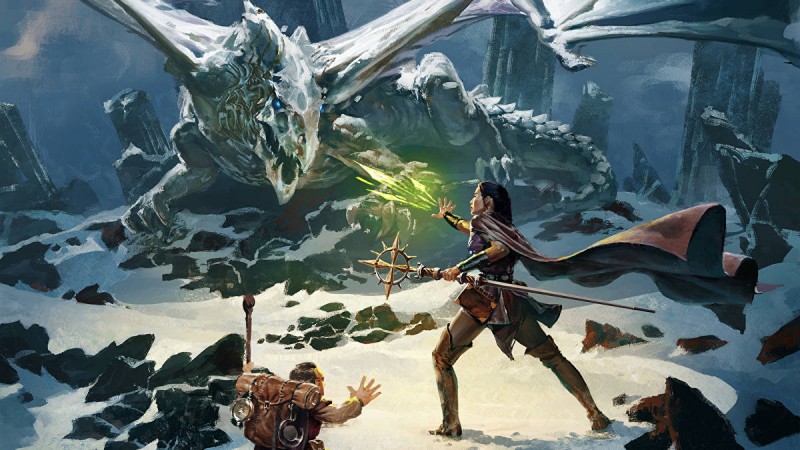 As spotted by Comicbook’s Christian Hoffer, images from the D&D flick have begun popping up online. While not fully decked out set photos, it is interesting to get just a small taste of what the upcoming movie experience will have to offer tabletop fans. Check out the photos below to see a small glimpse into the 2023 film:

We wonder what symbols are on these banners. Amaunator’s holy symbol? pic.twitter.com/IM3r4FawRL

Baldies and head tattoos are popular among this group, whoever they are. pic.twitter.com/IT5gqqeFJS

Plus, they were removing evidence of the track outside and putting up plastic garden features pic.twitter.com/AQhhyCpNv0

Much of the photos come by way of The Chronicle with the cast filming Dungeons & Dragons at Alnwick Castle in Northumberland. This is a popular filming site that Harry Potter fans may recognize, and it looks like the team is in full swing of getting their fantasy on.

Taking point on the upcoming movie is both John Francis Daley and Jonathan Goldstein as the film’s directors. We also know that Chris Pine, Regé-Jean Page, Hugh Grant, Justice Smith, and Michelle Rodriguez are all signed on as part of the cast, though specific storyline details are still being kept under wraps.

There are also a few other Dungeons & Dragons projects in the works currently with numerous live-action TV takes. No word yet on if this delay will impact those as well, but the possibility is there given that the timing was specifically centered around the movie’s release.

Are you excited for a Dungeons & Dragons movie with Chris Pine at the forefront? What are you hoping to see from the latest adaption? Sound off with your thoughts in the comments below!