What Would A Dark And Violent Pokémon Game Look Like? Feast Your Eyes On Palworld 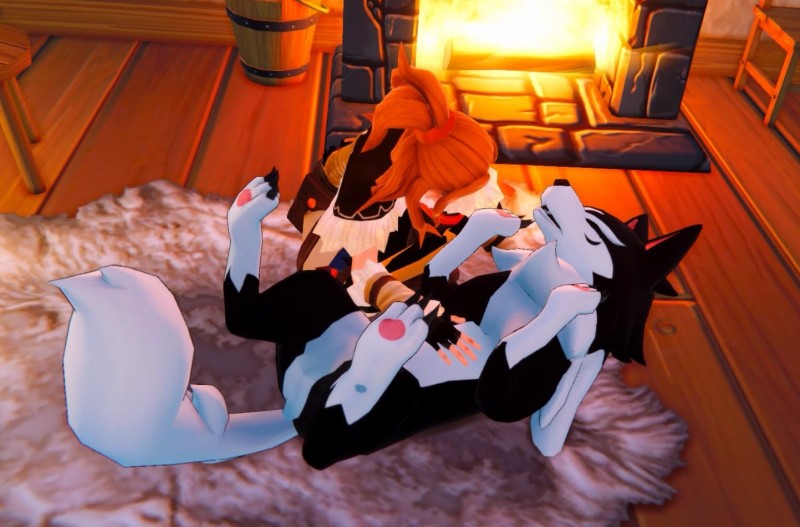 The trailer for Palworld shows monster collecting and plenty of tender moments with them, and then things get super dark. Developer by Pocket Pair, Palworld is slated to release in 2022, and is an open-world survival game with multiplayer, crafting, farming, and most important of all Pal collecting. Pal are the creatures in this world. Comparisons to the Pokémon games are easy to make…until the guns come out.

The trailer shows a human character petting a dog-like Pal in front of a cozy fireplace setting, and a few sequences of her running through the wilderness with it. We also see Pal being used to water plants, blow fields, and light campfires. Tucked into these joyous shots are clips of the character running and gunning with an assault rifle. She’s apparently mowing down Pal poachers. In a faq on Palworld’s Steam page, Pocket Pair makes the combat sound optional: “Palworld is a game about living a slow life with mysterious creatures “Pal” or throwing yourself into life-and-death battles with poachers.”

If you look closely at some of the sequences in the trailer, you’ll see that even the Pal can get in on the war. A green critter that is sitting on the main character’s head is also wielding a firearm. In another shot, a sheep-like Pal is being used as a shield. As it gets hit with bullets, its eyes fill with tears. Seeing gunfights like this in a game at first appears to be calm and peaceful is shocking to say the least. It also looks like good fun.

Pocket Pair says that poachers aren’t the only threat to the world. You’ll also be dealing with food shortages and harsh weather. You may be forced to hunt down Pal to feed yourself, and perhaps the Pal you are with. You can also breed the Pal, including two different species to make a new, more powerful creature. We see this happen in a clip featuring a water beast that looks an awful lot like a Gyarados, and it incubates in a spotted egg that should look familiar to Pokémon fans.

Do yourself a favor and watch the trailer above. It’s one of those first looks that just keeps going and surprising in different ways. Again, the game looks promising, but we’ll have to wait to get our hands on it to see how it plays.

Source: Game Informer What Would A Dark And Violent Pokémon Game Look Like? Feast Your Eyes On Palworld