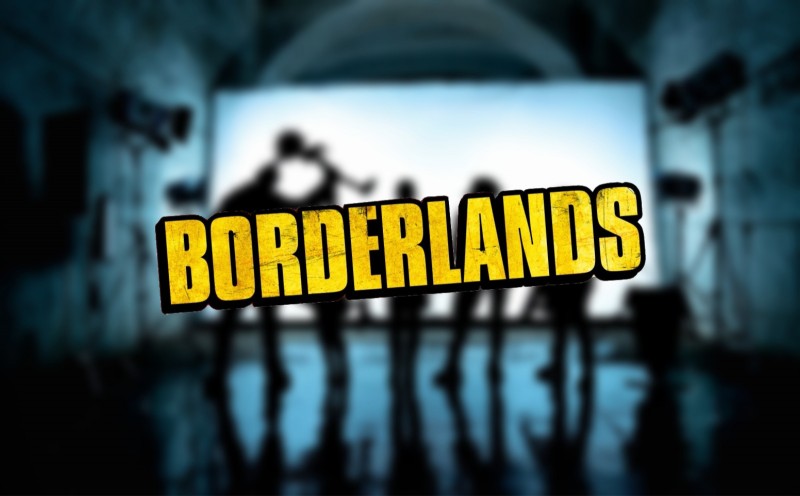 Earlier this week, Lionsgate offered a few character teasers for the upcoming Borderlands movie. Each cast member was shrouded in darkness, and it looks like that trend is continuing with the latest reveal. We’ve got a full Borderlands movie cast photo with small details of color, but it looks like this ramp-up could be teasing a full reveal during E3 2021. Possibly a trailer during Gearbox’s showcase? We don’t know, but it’s looking more and more likely with each tease.

The below photo sees the silhouettes of Krieg, Lilith, Tannis, Tiny Tina, Claptrap, and Roland once more. This time, however, they’re together with small hints of color: 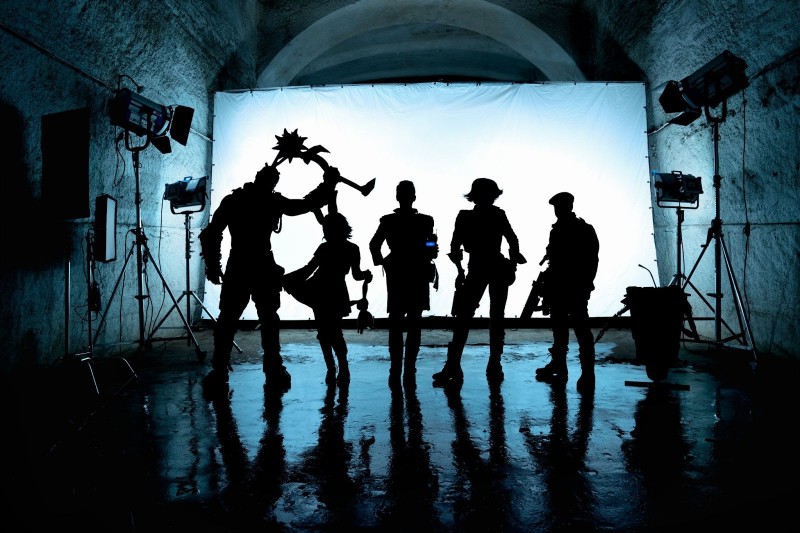 Lionsgate also shot us over a revamped synopsis for the new film, saying:

Two-time Academy Award winner Cate Blanchett teams up with Kevin Hart in director Eli Roth’s Borderlands. Lilith (Blanchett), an infamous treasure hunter with a mysterious past, reluctantly returns to her home planet of Pandora to find the missing daughter of Atlas (Edgar Ramirez), the universe’s most powerful S.O.B. She forms an unexpected alliance with a ragtag team of misfits – Roland (Hart), once a highly respected soldier but now desperate for redemption; Tiny Tina (Ariana Greenblatt), a feral pre-teen demolitionist; Krieg (Florian Munteanu), Tina’s musclebound, rhetorically challenged protector; Tannis (Curtis), the scientist who’s seen it all; and Claptrap (Black), a persistent wiseass robot. These unlikely heroes must battle alien monsters and dangerous bandits to find and protect the missing girl, who may hold the key to unimaginable power. The fate of the universe could be in their hands – but they’ll be fighting for something more: each other. Based on one of the best-selling videogame franchises of all time, welcome to Borderlands.

The upcoming movie with Eli Roth at the helm has some impressive talent behind it. Some of the casting choices have thrown fans off, while others have felt like the perfect fit. We’ve got names from Star Wars, American Horror Story, Halloween, and so much more. For those interested, we have the full casting list right here. That being said, there’s just something about Jack Black being Claptrap that is chef’s kiss.

We don’t have a release date yet for when the new movie adaptation is expected to drop, but if the influx of teasers is any indicator, we could be learning something a bit more official very soon.

What do you think about the casting choices for the upcoming Borderlands movie? Any high hopes for this adaptation, or are you burnt out on films taking on the gaming world? Sound off with your thoughts in the comment section below!