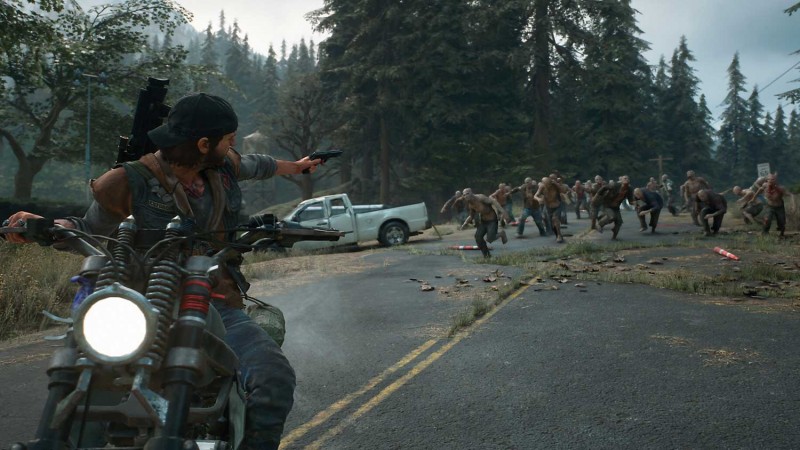 Bend Studio, the team behind Days Gone and Syphon Filter, has announced it’s working on a new IP. The studio shared the news on Twitter yesterday with an open letter to fans. The reveal doesn’t share any details regarding what sort of game it is, when it’s expected to release, or much else beyond “we’re working on something.” The news comes after a recent report that the studio isn’t moving forward on production of a Days Gone 2 (much to the chagrin of fans).

Despite the lack of substantial details, it’s always exciting to see a studio delve into something new, especially if you’re a fan of its previous works. You can take a look at the announcement in the embedded tweet below.

If you’re unable to follow the link, here is the transcribed text:

“We are beyond grateful for your support with Days Gone and are truly honored by the amount of passion our community has shared with us for our world and characters. Your enthusiasm motivates us to continue to improve and create experiences that will last a lifetime.

From the Syphon Filter series to Resistance: Retribution, to Uncharted: Golden Abyss, and Days Gone, we are very excited to announce today that we are expanding the Bend Studio portfolio with a brand new IP.

We hope you embark on this new journey with us, and we can’t wait to show you what we’ve been working on.”

Naturally, we’re all curious about what sort of game the team is working on but I’d wager it will be at least a year or two before we get any real inkling about what the project entails. Since it’s a new IP, that of course means it won’t be a follow-up to any existing series in its portfolio (sorry Syphon Filter fans). The only real guarantee is that whatever this is will be a PlayStation exclusive since Bend is a first-party Sony developer.

The last game that Bend shipped was Days Gone in April 2019. Despite releasing to middling to average reviews it’s returned to the spotlight as of late. The game recently arrived on PC, and Days Gone’s director and former Bend employee Jeff Ross recently shared that a sequel was pitched to Sony that would feature a shared co-op universe. Unfortunately for fans, Sony allegedly turned it down. That hasn’t stopped enthusiastic Days Gone players from petitioning Sony to greenlight a sequel.

Source: Game Informer Days Gone Developer Reveals It Has A New IP In The Works