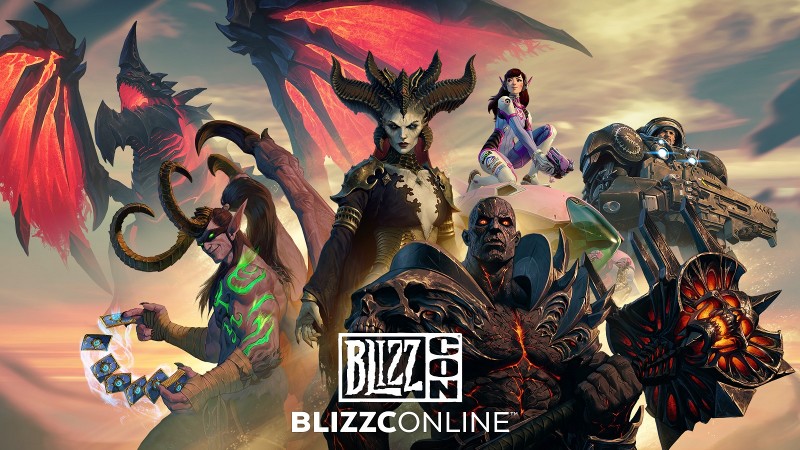 Like a host of shows and in-person gatherings and events this year, BlizzCon won’t be having a big event. While most shows have taken the digital approach this year, including the upcoming E3 and assortment of big summer game announcements, Blizzard is not having an event in 2021. However, there will be a show early next year.

In a blog post, executive producer of BlizzCon Saralyn Smith said that a global event is being planned for the early part of next year. “But we don’t want to let too long go by before we connect with everyone again,” said Smith. “So in the meantime, we’re planning a global event for the early part of next year, combining an online show along the lines of our recent BlizzConline with smaller in-person gatherings, and we’ll share more as our plans come together. Check out the entire announcement post here.

Reasons mentioned regarding the show are, unsurprisingly, COVID related. While the end may hopefully be in striking distance at this point as restrictions are slowly lifted and vaccination numbers climb, event planning is a lengthy process with many moving parts that takes an incredible amount of planning and execution. Uncertainties remain regarding the pandemic, and until those are gone, events (not just BlizzCon) are in flux. Personally, I can’t wait for in-person events to resume in some fashion, but I’m also cognizant of the tremendous amount of preparation and planning that go into these events, so I’m not anticipating a real return to convention-land until next year.

Unfortunately, the language used in Smith’s post also doesn’t give much confidence that a full-fledged traditional BlizzCon will be happening as the early 2022 event, but let’s wait and see what happens.

Have you ever been to BlizzCon? Were you hoping it would return this year? Do you crave the return of gaming conventions? Does none of this impact you at all? Let us know in the comments!