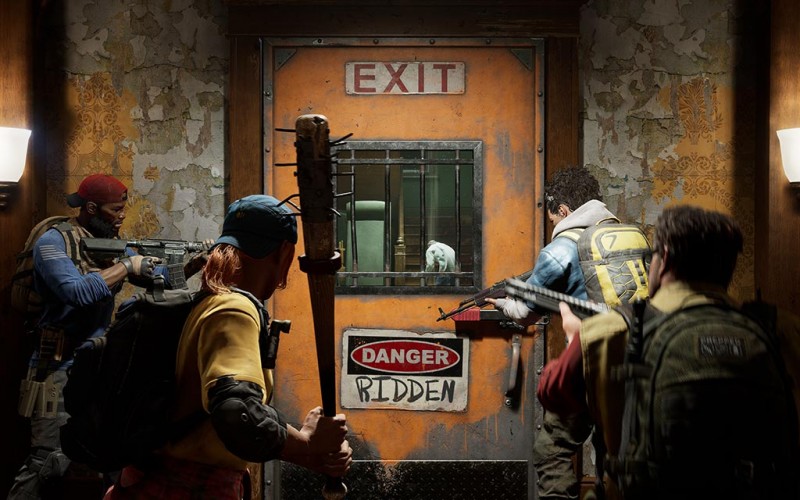 Turtle Rock Studios has just dropped a brand new Back 4 Blood trailer, this time letting interested fans learn a little more about the playable slaying crew in the Left 4 Dead spiritual successor. Meet The Cleaners, eight different personalities that are more than just their zombie-slaying abilities. But we’ll also be learning about those too, as well as another look at some of the beasties players will go up against.

There are eight playable characters in Back 4 Blood, including Doc, Walker, Holly, Evangelo, Karlee, Hoffman, Jim, and Mom. Holly became a cleaner after losing her entire family to Devil Worm. Because of her loss, she’s also incredibly protective of her fellow Cleaners, a makeshift family of her own creation. She’s also a beast with her nail-laden bat called Dottie.

Walker is the oldest of five brothers and sisters, born of a traditional blue-collar family. He used to be an Amry Ranger, so you know he’s good in a combat situation. While he may not be the most talkative of the bunch, he does ensure that when he does speak, it’s meaningful.

Doc is the lifeblood of Fort Hope. An independent personality, Doc decided to go all-in on her career, shirking any sort of social life. That all changed when she met Mom, however, a kindred spirit, that took her no-nonsense attitude to new heights in the best way possible.

Speaking of Mom, Mom is always up for a challenge and is unendingly giving of herself to others. She’s a strong character, but being the “authority” of the group and giving too much can sometimes make her feel like the entire weight of the world is on her shoulders.

Jim is the one you’ll want to go to when you need to know more about the area, he knows Finleyville like the back of his hand. Hunting with his father as a kid gave him an intimate understanding of this world. Paired with his own military experience, he’s doing what he can to provide support to his team and to kick the ass of every enemy in his vicinity.

If you find yourself a bit of a loner, then Karlee is your girl. She’s always been incredibly independent and very untrusting of others. When the threat around this group continued to rise, however, she shrugged off her distrustful ways and dedicated herself to this ragtag group of friends in order to save herself and those around her.

Hoffman can always be seen with the proverbial tinfoil hat, always thinking of the next conspiracy theory. When the infection began to take over, he and his mother decided to bunker down and see if things would pass. Unfortunately, she eventually passed away and a need for supplies drove him out of safety. A little annoying, but a good guy at heart, and it’s good to see that he’s found new family within the Cleaner group.

The baby of the group is definitely Evangelo. Though young, he’s more than proved his worth when it comes to being a viable member of the team. He’s also a nervous talker, so his and Karlee’s dynamic is a little amusing.

You can learn more about this first-person co-op zombie adventure in the trailer above! Don’t forget to also sound off with your thoughts in the comment section below with who your favorite Cleaner is.

Source: Game Informer New Back 4 Blood Trailer Lets You Get Comfy With The Cleaners