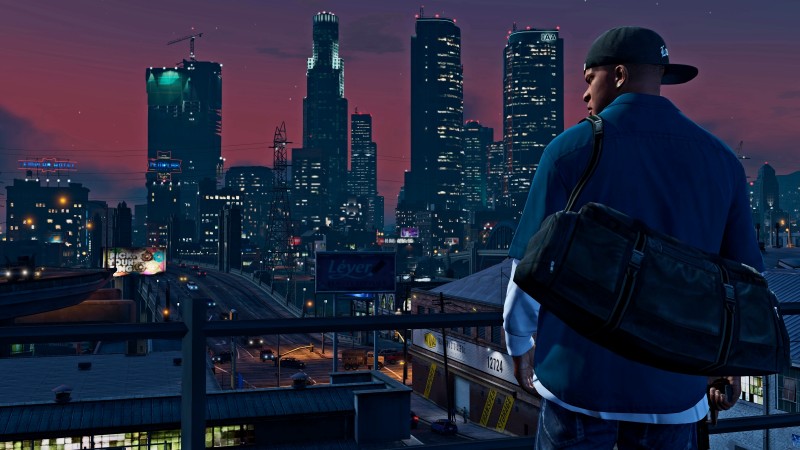 When the PlayStation 5 was first revealed last September, the event kicked off with the announcement that an enhanced version of Grand Theft Auto V was heading to the console. We then learned just as quickly that the game was coming to Xbox Series X/S too. Rockstar Games has finally confirmed that the new-gen version of GTA V arrives this November and will include new features and perks for those who upgrade.

Circle November 11 on your calendar if you’ve been waiting to experience the wildly successful sandbox game on your next-gen console. While the game will likely look and run better, Rockstar hasn’t detailed its specific features as of yet but promises to share more information in the months to come. For now, it does share that players who upgrade will be treated to “special benefits” related to the GTA Online’s upcoming summer updates.

Speaking of GTA Online, the popular online mode launches for new-gen consoles the same day. However, PS5 players will get to play it for free during the first three months. Don’t forget that if you’re a PS4 player subscribed to PS Plus, you can claim $1 million in-game dollars from the PlayStation Store at the start of each month. You can do this every month until GTA V releases on PS5.

Grand Theft Auto V launched back in 2013 for PlayStation 3 and Xbox 360. Needless to say, it’s had quite the run in the eight years since it was released primarily due to the ongoing popularity of GTA Online. Despite being long in the tooth at this point, the game ranked as the 8th most popular game on Steam in 2020. If you’re feeling nostalgic, you can read our reviews for both the original launch version of the game here or the PS4/Xbox One port here.

So GTA V fans, do you plan on upgrading to the PS5/Xbox Series X version? If you haven’t played the game yet, does this entice you to give it a shot? Let us know what you think in the comments!