In 2005, Double Fine released the original Psychonauts. It was the studio’s first game, and it put the developer on the map as a creative force that wasn’t afraid to take chances. It also ended with one hell of a cliffhanger that has left fans guessing for almost 16 years. In a matter of months, Double Fine will finally answer some of those questions with the release of Psychonauts 2. But this psychonautical platformer is more than just a standard sequel – it could easily be the studio’s biggest, most ambitious project to date.

For this month’s cover story, we take a deep dive into the creation of Psychonauts 2. We spent several hours with the designers and artists working on the game and walked away with a better understanding of psychic Razputin Aquato’s continuing journey. Double Fine gave us a sneak peek at one of Raz’s new abilities, detailed the variety of gameplay fans can expect in each level, and explained its approach to boss battles. 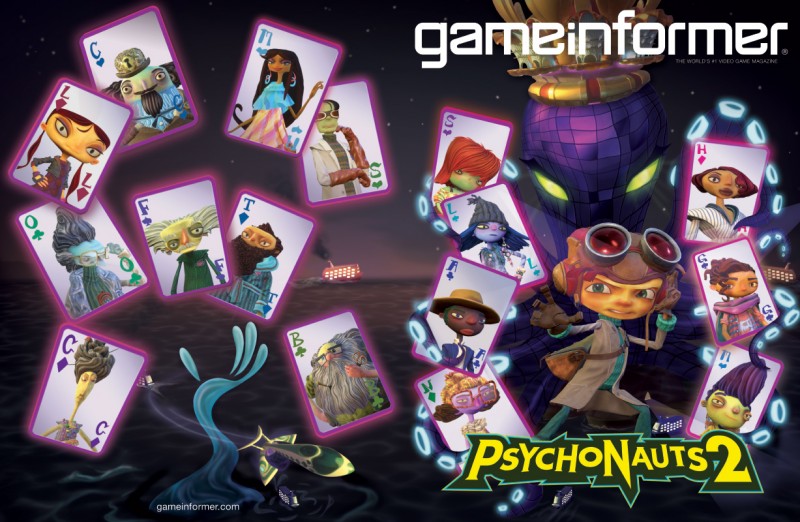 In case that wasn’t enough Double Fine coverage for you, we dedicated a large portion of this month’s issue to the creative talents at the studio. After spending time with several members of the development team, Blake Hester wrote a definitive history of the company, detailing how it grew out of a small garage in San Francisco and into a veteran team now owned by Microsoft. We also give a broad overview of many of the games in Double Fine’s gameography and spend time exploring Tim Schafer’s formative years working for George Lucas at LucasArts.

Outside of our extensive Double Fine content, we have a number of incredible features. Marcus Stewart looks at several dormant franchises – such as Dead Space, Spec Ops, and Twisted Metal – and explains why we’d love to see their return to the spotlight. Kimberley Wallace rounds up a list of binge-worthy anime shows for gamers. To round out the issue, we have detailed previews on games like Ratchet & Clank: Rift Apart, 12 Minutes, and Icarus.

Print subscribers can expect their issues to begin arriving in the coming days/weeks. The digital edition of this issue launches later today for PC/Mac, iOS, and Google Play. You can also get the latest issue through third-party apps on Nook and Kindle. To subscribe to either the digital or print version, click here.