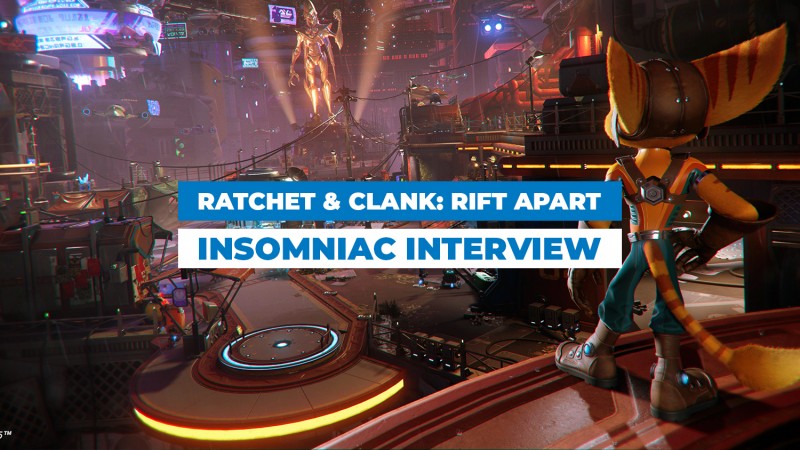 When Ratchet & Clank: Rift Apart was first announced in June of last year, the world was instantly taken with the mysterious white lombax and what her role would be in the newest venture from the studio behind Sunset Overdrive and Marvel’s Spider-Man. Flash forward to today and we finally have some answers. Rivet, who’s voiced by the one and only Jennifer Hale, is joining the fray alongside our two familiar heroes and will play a huge role in developer Insomniac Games’ latest adventure. But what else do we know about her or the rest of the game for that matter?

In addition to the latest Sony State of Play, we were able to dive deeper into the new PlayStation 5 exclusive during our latest interview with Mike Daly, the game’s director. Kicking off our video, we discuss the origins of Rivet and how she’ll fit in alongside two of the video game industry’s most recognizable icons.

We also chat about how Rift Apart was always going to be a PlayStation 5 game and how it utilizes the many next-gen features of the next-gen hardware. But that’s not all. We also talk about the game’s wild array of unique and exhilarating weapons and what players can expect from the stylish armor sets the development team showed off in the aforementioned Sony digital event.

The Ratchet and Clank fun is just beginning. If you enjoyed this look at Rift Apart, be sure to check out Andrew Reiner’s written preview on Insomniac’s latest entry in the stellar platforming series, our latest episode of New Gameplay Today, and a look at the opening of the game.

Ratchet & Clank: Rift Apart will be arriving exclusively on the PlayStation 5 on June 11, 2021. Thank you so much for watching. Be sure to let us know what you think of the video in the comments below!