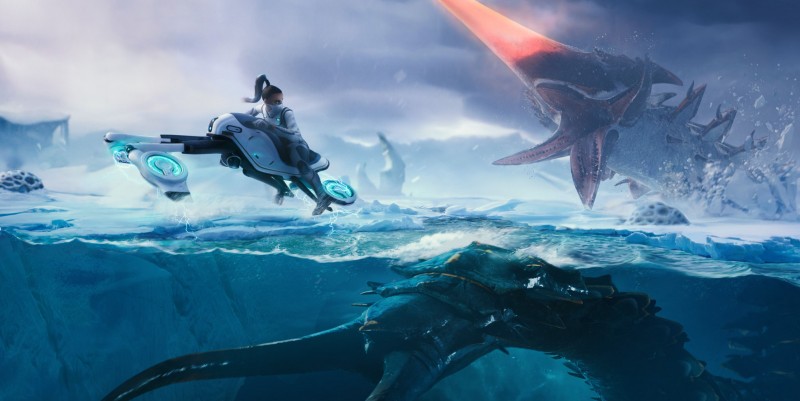 The depths are treacherous. You don’t know what monster is hidden in the blackened waters, but you can hear its terrifying roar grow louder as you dive deeper. You know you are approaching your objective, but feel the monster is even closer. Subnautica: Below Zero delivers a continual sense of wonder and terror in its beautifully designed underwater exploration. Each dive is an empowering experience of discovery and self-preservation. When you come back up for air, you feel like you’ve accomplished something, unearthed a new mystery, and perhaps found what you needed to make your next dive even more rewarding.

Below Zero is what every sequel should be, building upon the established core formula in clever ways to make the new content feel just as exciting and unpredictable. Holding true to the first game, the main attraction is once again a sprawling alien sea that dazzles with its unusual aquatic life, but the survival gameplay impresses far more now that its been streamlined to the point that it’s rarely stressful or a bother. Even though I would periodically have to fry up a fish to sate my hunger and/or thirst, the majority of my time was spent doing what I wanted at my own comfortable pace and in the order that made the most sense to me.

A nicely penned science-fiction story is in lockstep with the discovery element, often overlapping in ways that impact your stance in the world and what you are capable of. Unknown Worlds does a fantastic job of leading the player along to points of interest without clearly labeling them. Audio and visual cues are effectively used, often making you question what something is or where it could go.

I don’t want to spoil what the discoveries are, but many are grand in design, stretching both the narrative and gameplay in directions that make the experience even more enthralling. While I was always on the hunt for the next big thing, the moment-to-moment collection of crafting materials is immensely satisfying and better balanced than that of the original game. Some discoveries have many layers to them. Take the comically named Sea Monkey for example. You learn early on that this curious beast likes your gadgets and will steal them away if you get too close. Later in the game (and after developing more a meaningful connection with the world through a big narrative plot twist), the Sea Monkey becomes your friend and will fetch supplies for you. The gameplay sometimes evolves with the story, and is yet another way Below Zero really impresses with its unexpected depth.

I also appreciated just how stress-free most of the crafting is. In the first game, you were immediately tasked to repair a bunch of broken systems in your vessel. In Below Zero, everything is working as it should from the outset. The focus is instead applied to letting you explore on your own and build exactly what you want. That kind of freeing approach is applied to most of the game, even in reducing frustration in exploration. Yes, it’s a sprawling sea, but each area is subtly different in design, making it easy to know exactly where you are and what materials can be found there (especially when you can scan for them). Another nice touch is if you die with a beacon on you, you can find your way back. The air bladder is also much more effective this time around.

Not all discoveries occur underwater. After crash landing on Planet 4546B, xenologist (and protagonist) Robin Ayou gives us an immediate look at one of the sequel’s most effective surprises: true on-foot exploration. From time to time, you’ll step onto land and see what surprises await you, and they can be every bit as meaningful and unexpected as anything you find in the sea. The on-foot gameplay is as basic as it comes (walk and interact), but these sequences give a more complete snapshot of this wild alien world and help change up the gameplay flow. 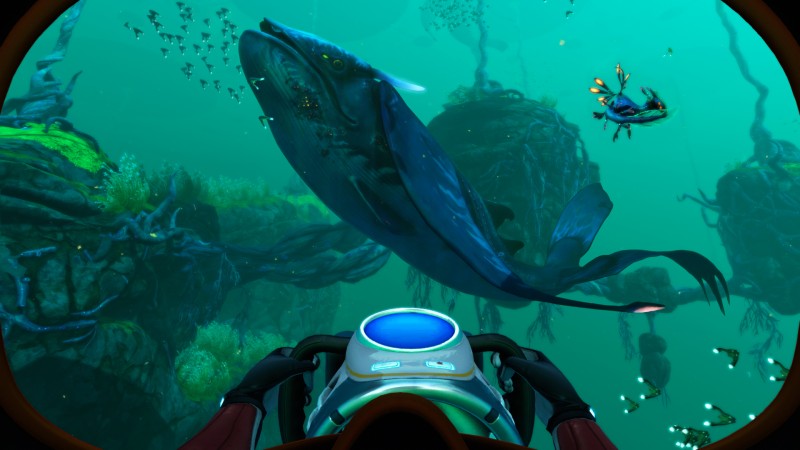 As more of this planet is explored, you’ll develop the ability to build your own habitats, personalize them how you want (complete with posters and items you find), and eventually become a master of the sea capable of staring down a beast that would make Jaws turn tail and swim away in fright. Just know, these creatures almost always attack when you least expect them to, giving Below Zero some of the best jump scares out there and they aren’t even scripted.

Some of these screech-worthy encounters don’t exactly go as Unknown Worlds intended and can turn unexpectedly comedic when a beast clearly forgets how to accurately navigate a space, banging into walls and flopping around chaotically. Some escapes also are upended by graphical pop in that makes a giant iceberg materialize out of thin air right in front of you.  Below Zero is a little rough around the edges, but most of my playthrough was nice and smooth.

I can’t stress just how much fun each dive can be, and how fulfilling the discoveries are. Below Zero is one of the best survival games I’ve ever played, showing just how impactful player freedom can be within a world that you’ll want to explore every inch of. 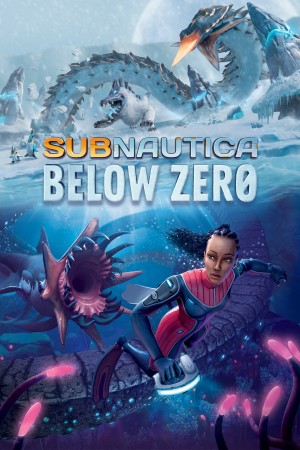 Summary: This second dive into an alien sea delivers a continual sense of wonder with huge discoveries backed by a strong story.

Concept: A sequel that places more focus on story, reduces survival frustrations, and is all about that next great discovery

Graphics: The alien aquatic life is always fun to study and see if you can get close to. The more dangerous biomes and depths are also beautifully brought to life. However, some items pop into existence, and you’ll periodically see odd animations

Sound: A rightfully minimal soundtrack allows the little unknown sounds from the sea pop and potentially fill you with dread. The new voice acting is excellently implemented

Playability: Below Zero is all about figuring out your own path and moving at your own pace. The discoveries are always rewarding, and the nicely designed biomes makes harvesting much easier than before

Entertainment: It’s technically a survival game, but it feels more like a grand adventure that is free of many of the genre’s frustrations